A Fractured Earth: Global Failures in the Fight Against the Climate Crisis

Showing the A Fractured Earth: Global Failures in the Fight Against the Climate Crisis Video

Scientists and activists had hoped the latest international meeting on the climate crisis (COP27) would produce meaningful results. But while a few deals were struck, geopolitics had the upper hand. The lack of action to phase out fossil fuels represents a massive failure of global governance. As the window to hit net zero emissions shrinks faster and faster, and extreme weather events inflict irreversible economic, social, and cultural damage on low- and middle-income countries, does any institution anywhere retain credibility in the fight against potentially catastrophic climate change?

Astrid Caldas is a senior climate scientist with the Union of Concerned Scientists. She does research on climate change adaptation and resilience, with policy implications for ecosystems, the economy, and society. Her work also focuses on science communication, environmental justice, and equitable climate-related policies. Previously, she was a policy fellow at the American Association for the Advancement of Science, a climate change and wildlife science fellow at Defenders of Wildlife, and a research scientist at the University of Maryland. She holds a Ph.D. in ecology from the Universidade Estadual de Campinas in Brazil.

Charlie Holt advises on legal strategy for Greenpeace International, where he leads its strategic lawsuits against public participation (SLAPP) resilience efforts and sits on the European Commission’s Expert Group on SLAPPs. Since 2016, he has advised on two aggressive large-scale lawsuits targeting Greenpeace entities in the United States, and in 2018 he helped establish the U.S. coalition Protect the Protest. He also formulates strategy for the free speech organization English PEN and builds support for climate activists under attack through a new Global Climate Legal Defense Network.

Constance McDermott is an associate professor and Jackson Senior Fellow at Oriel College and the Environmental Change Institute, School of Geography and the Environment, University of Oxford, where she leads the Land Use Governance Programme. Her work is international and focuses on issues of social equity in environmental conservation initiatives, including research on the social, economic, governance, and biodiversity dimensions of reducing emissions from deforestation and degradation.

Richard Staley is the Hans Rausing Lecturer and Reader in History and Philosophy of Science at Cambridge University, and a faculty member at the University of Copenhagen. In addition to research on the relationship between physics and anthropology, the cultural history of mechanics, and climate change, he studies the history of science education and works at the Niels Bohr Archive. His collaborative project, “Making Climate History,” invokes a new perspective on the history and geography of climate change; examines its entwined social, physical, and economic timescales; and recognizes human involvement. 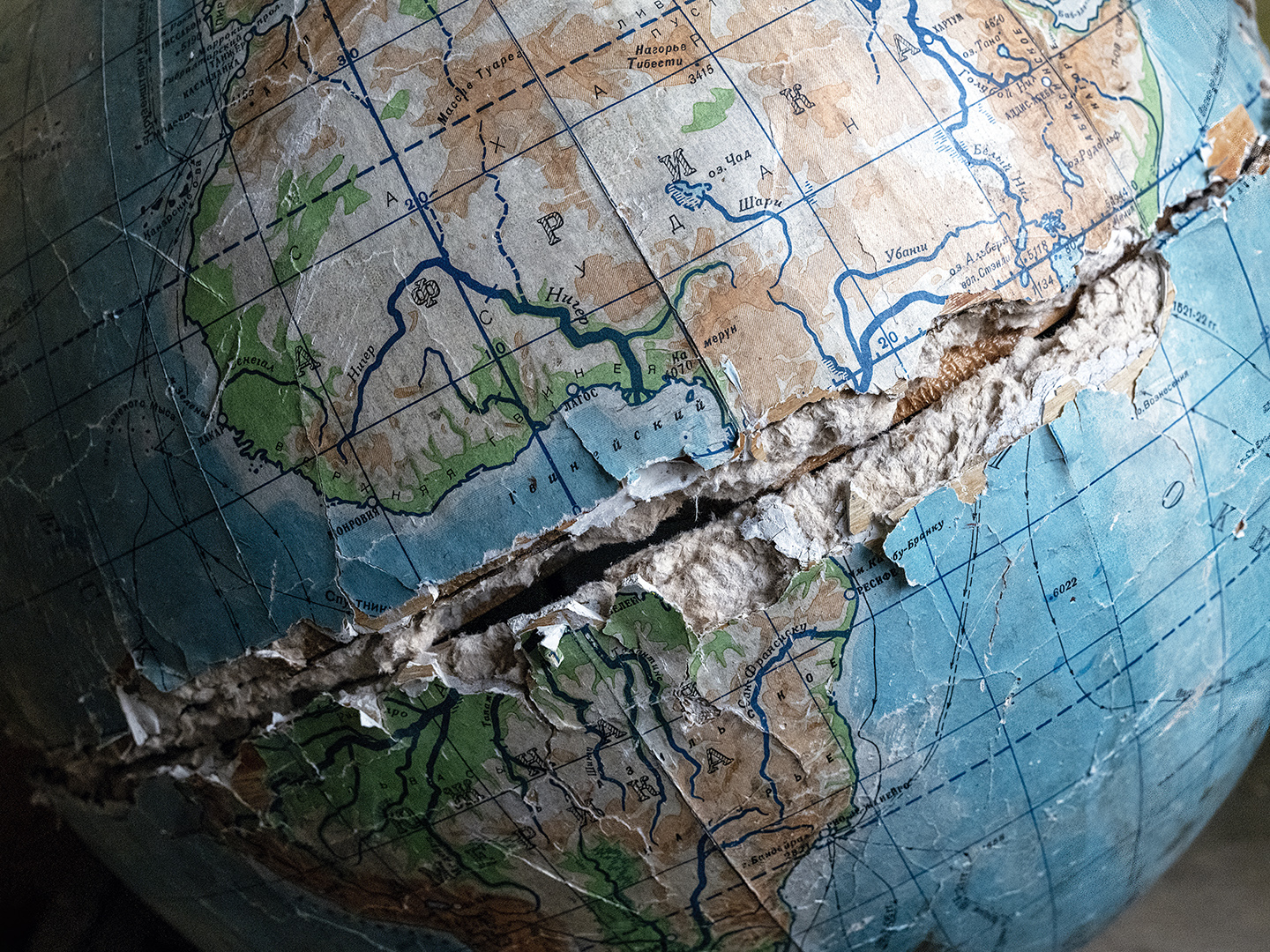 A globe with a slice through the equator

RSVP to A Fractured Earth: Global Failures in the Fight Against the Climate Crisis