Can Local Media Help Save Democracy?

Showing the Can Local Media Help Save Democracy? Video

As populism and political turmoil continue to rise throughout the world, and especially in Western democracies, what is the evolving role of the media in strengthening democratic institutions and upholding traditional values? When charismatic leaders scorn nationally known journalists as "enemies of the people," do local media occupy an increasingly important place? Are these grassroots institutions viable in the long term? How might they have influenced recent events in the United Kingdom, Sweden, and Italy? What are their prospects in the United States? The event was followed by a Q&A session moderated by Sanford J. Ungar, president of the Free Speech Project, and Michael Scott, director of the Future of the Humanities Project.

Stuart Allan is professor of journalism and communication in the School of Journalism, Media, and Culture at Cardiff University. Much of his research revolves around the changing dynamics of war, conflict, and crisis reporting, including both professional and citizen reportage. His book publications include Citizen Witnessing: Revisioning Journalism in Times of Crisis (2013) and the second edition of the Routledge Companion to News and Journalism (2022).

Jim Brady, a pioneer in digital news, is vice president for journalism programs at the John S. and James L. Knight Foundation. He previously led brands such as washingtonpost.com and Digital First Media, and he launched a company that built online local news sites in three U.S. cities. Brady has held a wide range of executive roles, including executive editor of the online version of the Washington Post and head of news and sports for America Online. He is past president of the Online News Association. 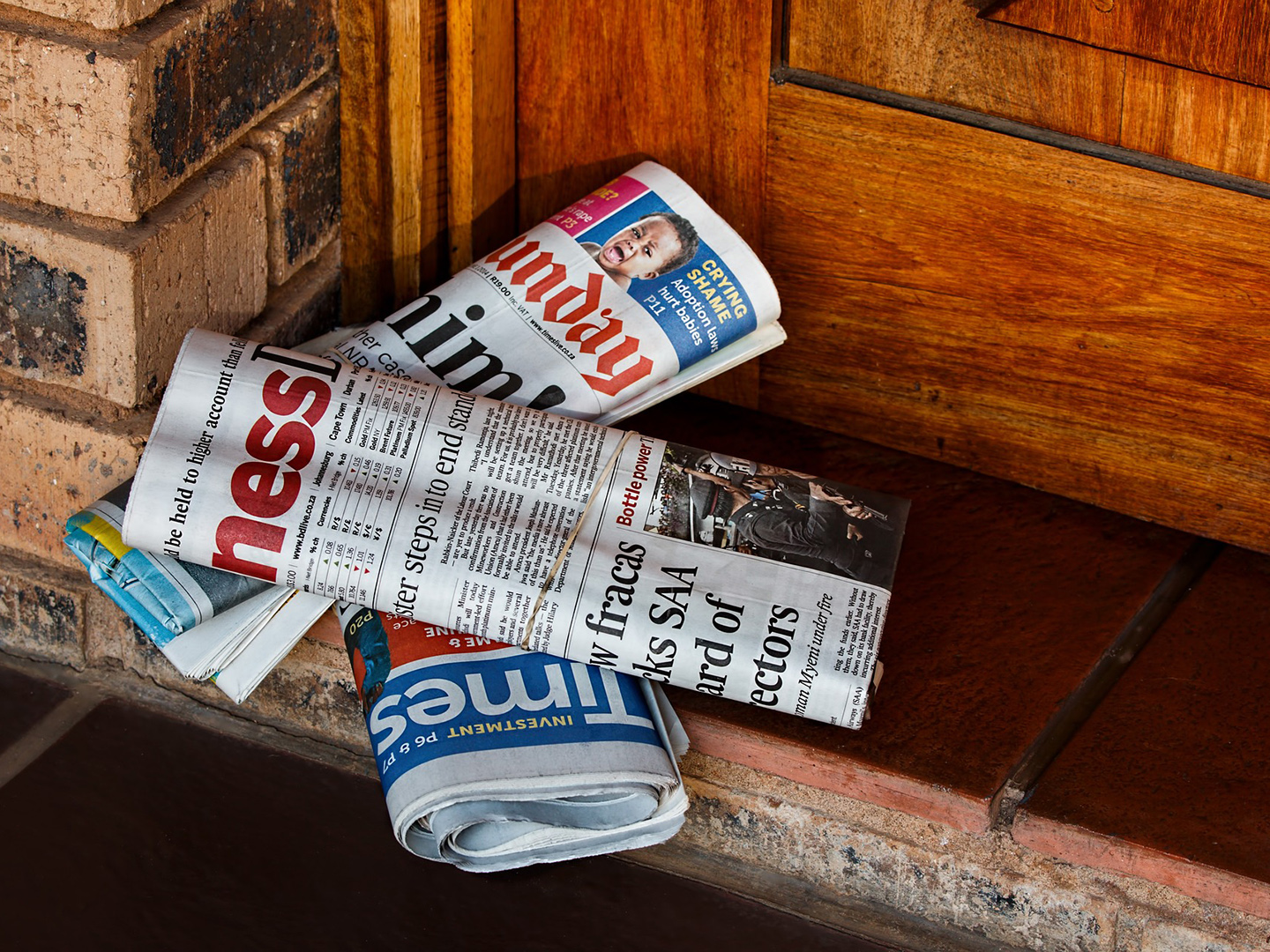 A stack of newspapers on a doorstep

RSVP to Can Local Media Help Save Democracy?