Can the Role of Whistleblowers Be Protected and Honored around the World?

Showing the Can the Role of Whistleblowers Be Protected and Honored around the World? Video

In both public and private spheres, the act of whistleblowing often carries a great and heavy risk. Even in Western societies, a fear of punishment and retaliation looms large for individuals and groups who seek to reveal illegal or immoral behavior. How can reformers hold corrupt governments and companies to account if those who would tell the truth are discouraged or intimidated? At a time when bad actors seek to undermine democracy, can whistleblowing survive as an international phenomenon? Sanford Ungar, director of the Free Speech Project at Georgetown University, and Michael Scott, director of the Future of the Humanities Project at Georgetown University, will moderate the online discussion.

Elizabeth Gardiner is chief executive of Protect, the United Kingdom’s whistleblowing charity. Prior to becoming an employment solicitor, she had many years of experience in policy and Parliamentary roles. She joined the charity as legal officer in 2018. She has experience providing advice to whistleblowers on the charity’s free legal advice line and training employers in best practice whistleblowing arrangements. Elizabeth was appointed as chief executive in March 2020.

Floyd Graham is principal and chief executive officer of FG Solicitors, an award-winning U.K. law firm he founded in 2007. He acts as legal counsel for mid-size to large corporations,and offers regular commentary on the trends in judicial thinking and legal developments. Previously, he practiced in a number of national law firms. Graham has lectured on the English legal system, constitutional and administrative law, company law, and banking law.

Sean McKessy is a partner at Phillips & Cohen. As the first chief of the U.S. Securities and Exchange Commission’s Whistleblower Office, he helped establish procedures and policies that encouraged international whistleblowers to report violations of the Foreign Corrupt Practices Act and other abuses. Under his leadership, the SEC office paid nearly $100 million in whistleblower awards and recovered more than $500 million in sanctions. In 2021 and 2022, Lawdragon recognized McKessy as one of the “500 Leading Lawyers in America.”

Sherron Watkins, former vice president of Enron Corporation, alerted then-CEO Ken Lay in 2001 to accounting irregularities within the company, warning him that Enron “might implode in a wave of accounting scandals.” She testified before House and Senate committees investigating Enron’s demise. TIME named her one of its 2002 “Persons of the Year.” Watkins lectures on leadership and ethics around the globe, and she is professor of the practice at Kenan-Flagler Business School at the University of North Carolina at Chapel Hill. 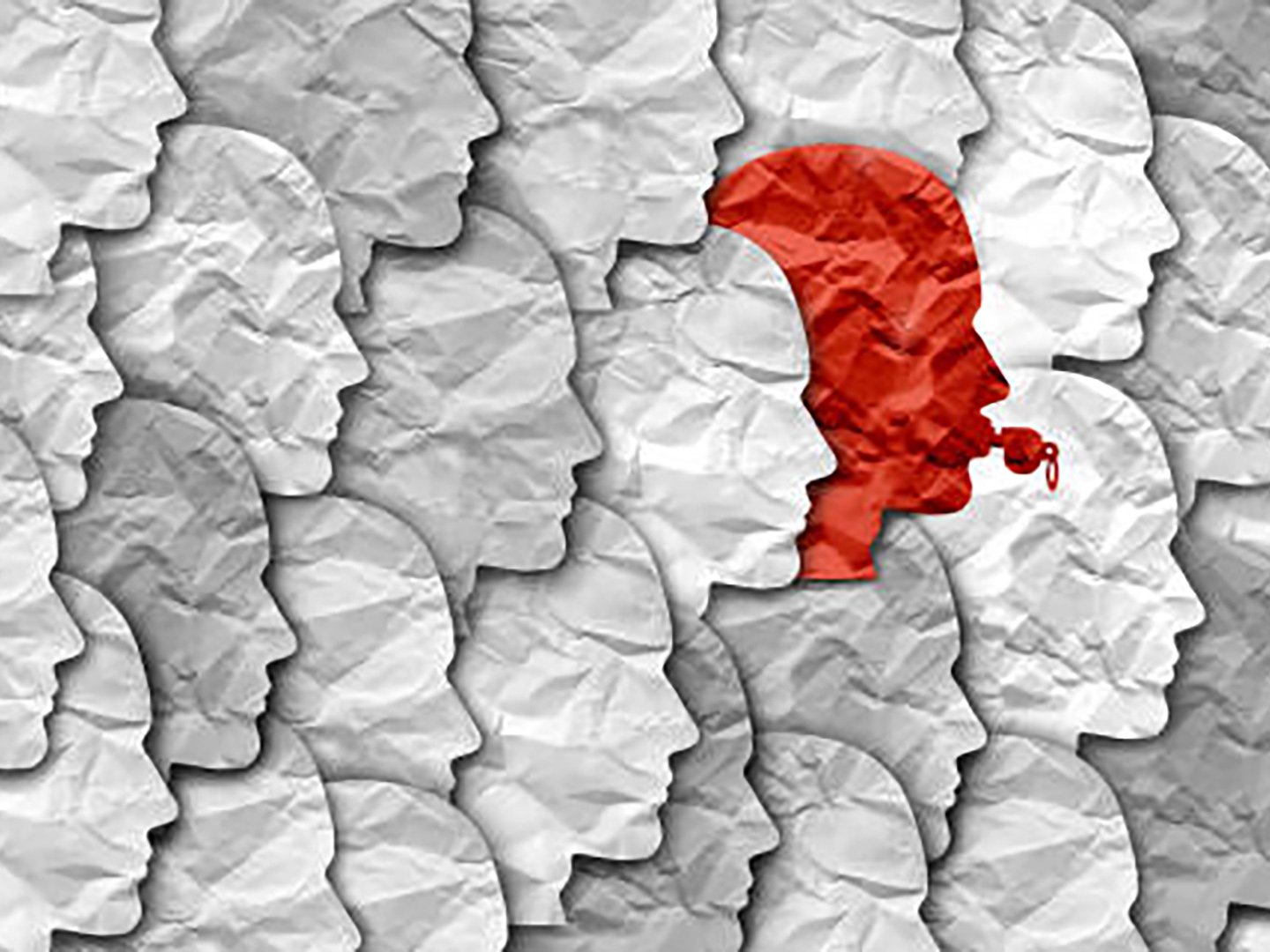 Gray faces surrounding one red face with a whistle

RSVP to Can the Role of Whistleblowers Be Protected and Honored around the World?