This conversation with Minister Rodrigo Cerda, finance minister of Chile under the administration of President Sebastián Piñera, addressed a number of important issues related to Chilean public policy, particularly focusing on the country’s recovery from the COVID-19 pandemic. Dr. Alejandro Werner, who will join the Georgetown Americas Institute as founding director in January 2022, moderated a discussion on Chilean domestic policy and Chile's role in Latin America. Dr. Micael Castanheira, a professor at the Solvay Brussels School of Economics and Management, moderated a discussion on Chile’s global economic integration, including implications for the long-term trade and economic relationship between the European Union and Chile.

Rodrigo Cerda Norambuena is the finance minister of Chile under the administration of President Sebastián Piñera. Rodrigo Cerda holds a Ph.D. and a master’s degree in economics from the University of Chicago, as well as a master’s degree in applied macroeconomics and a bachelor’s degree in business administration from the Pontificia Universidad Católica de Chile. Prior to his appointment in January 2021, he was a professor at the Law School of the Pontificia Universidad Católica de Chile. Additionally, he was a member of the board of the National Copper Corporation (Codelco), a position he held from January 2020 until his appointment as minister of finance. Between March 2018 and December 2019, Minister Cerda served as the head of the Budget Office of Chile. He was the macroeconomic coordinator and head of advisors of the Ministry of Finance under President Sebastián Piñera between 2010 and 2014.

Dr. Alejandro Werner (moderator) will join the Georgetown Americas Institute as founding director in January 2022 and is a non-resident senior fellow at the Peterson Institute. He recently completed almost nine years as director of the Western Hemisphere Department at the International Monetary Fund.

Dr. Micael Castanheira (moderator) is director for research of the Fonds National de la Recherche Scientifique and a professor of economics at the Solvay Brussels School of Economics and Management, Université Libre de Bruxelles. 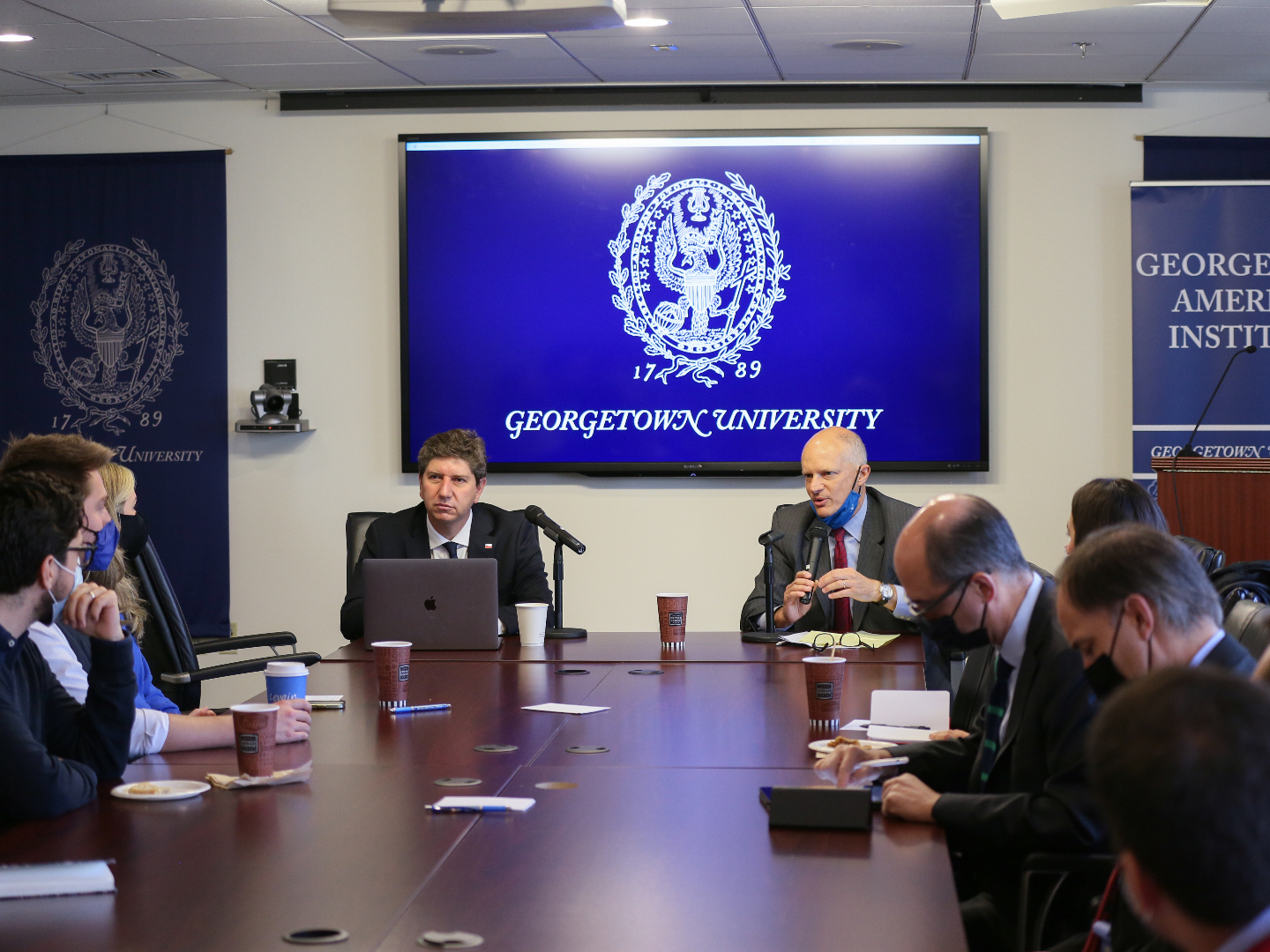 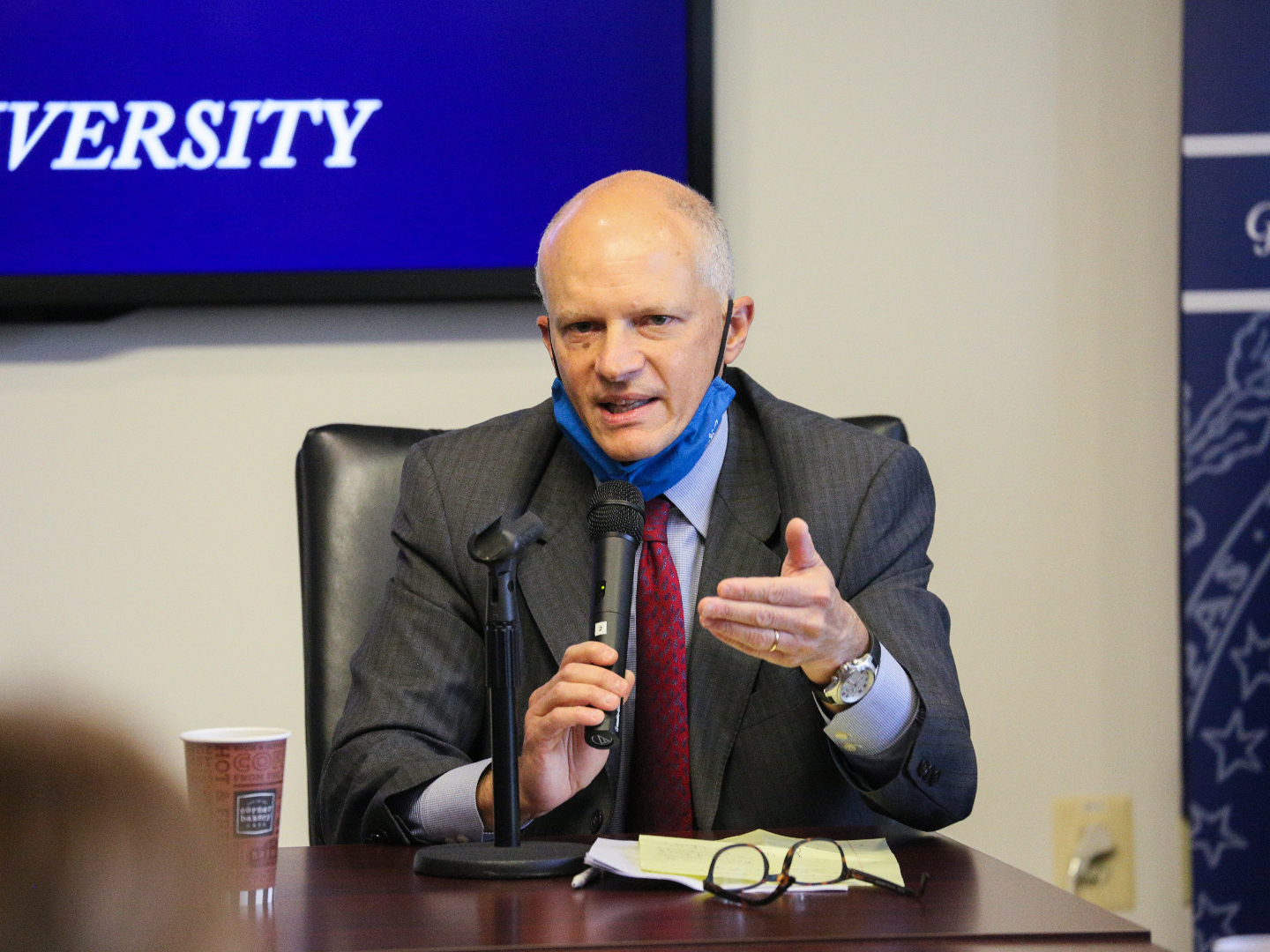 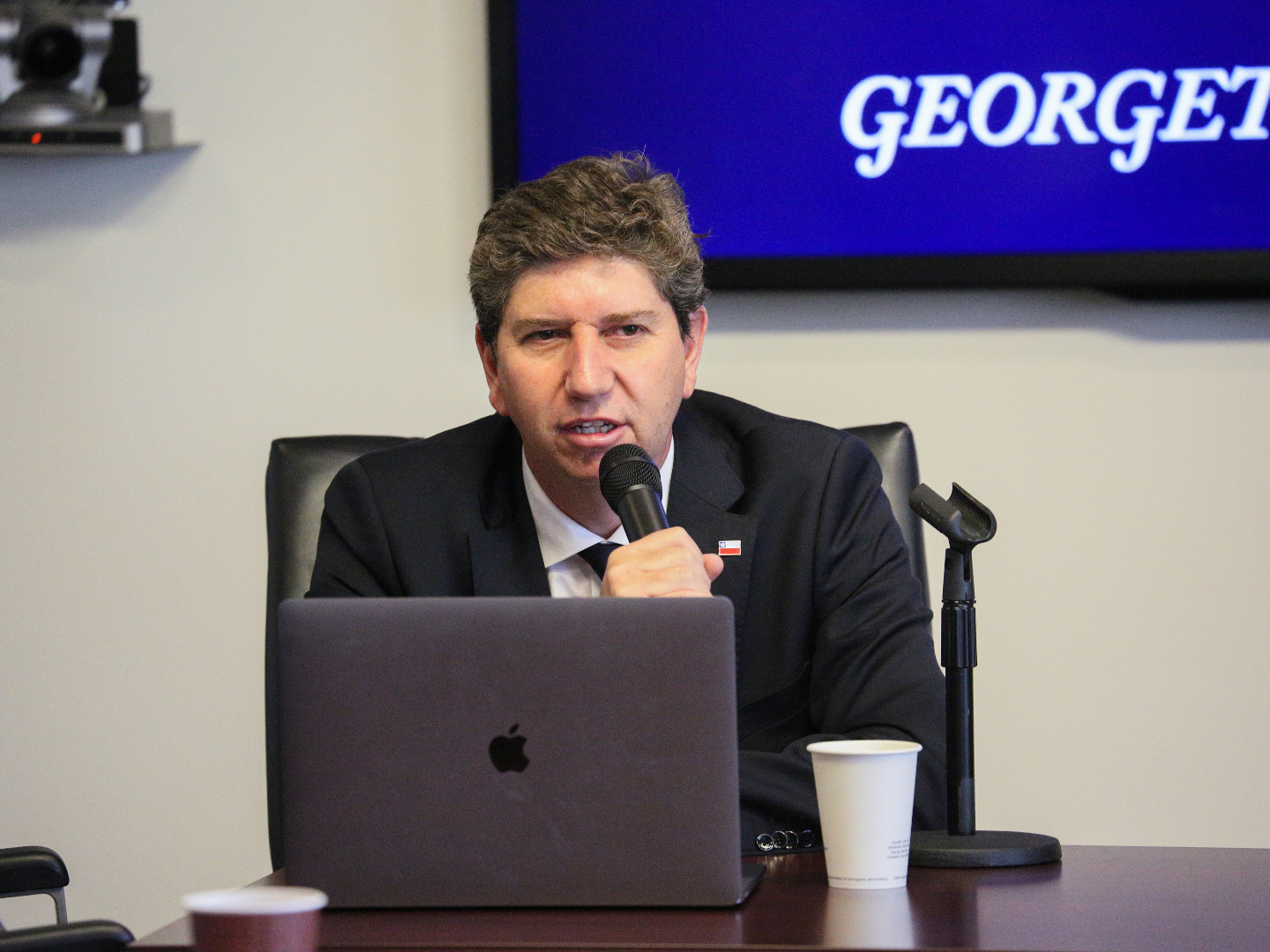 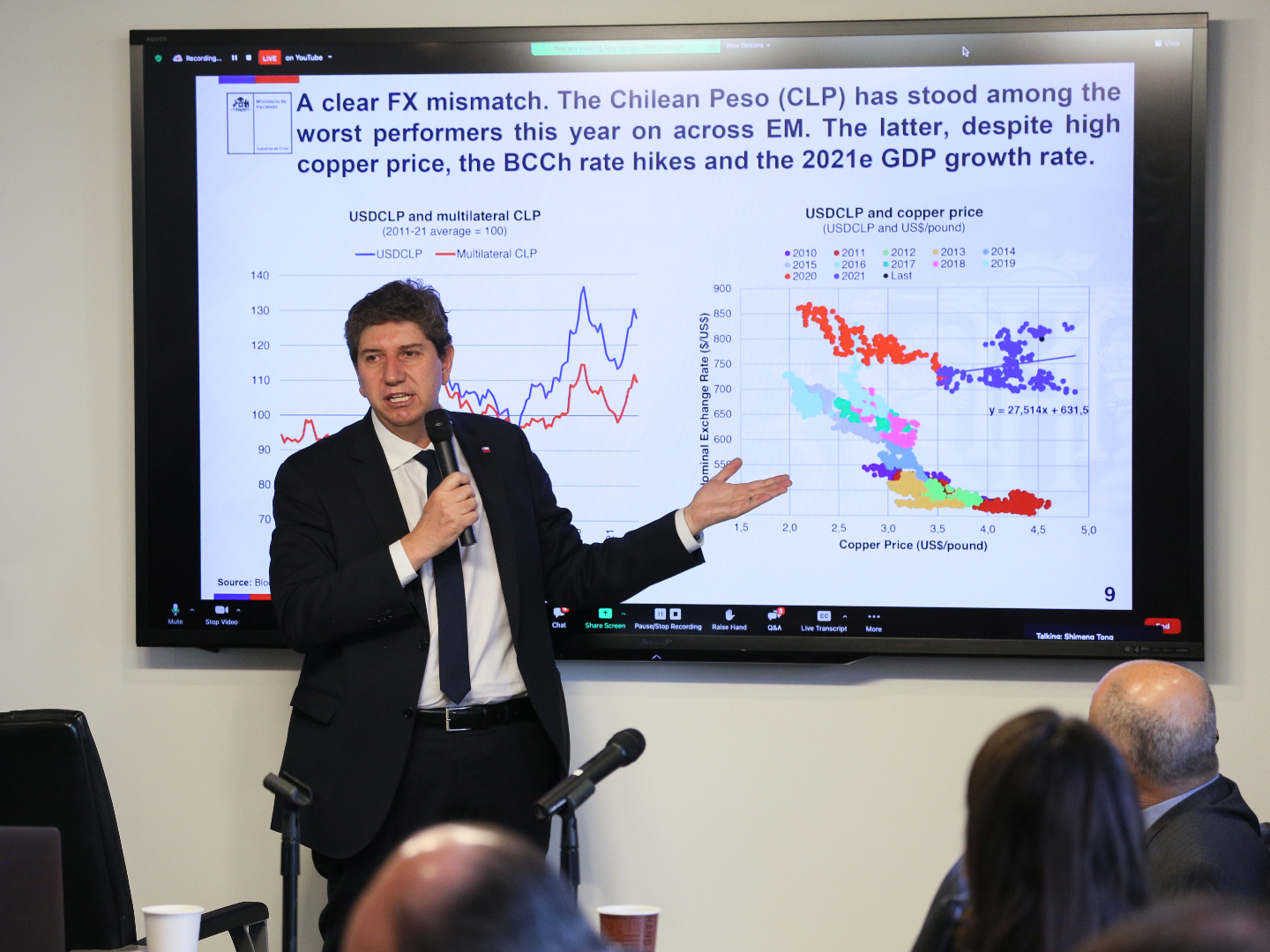 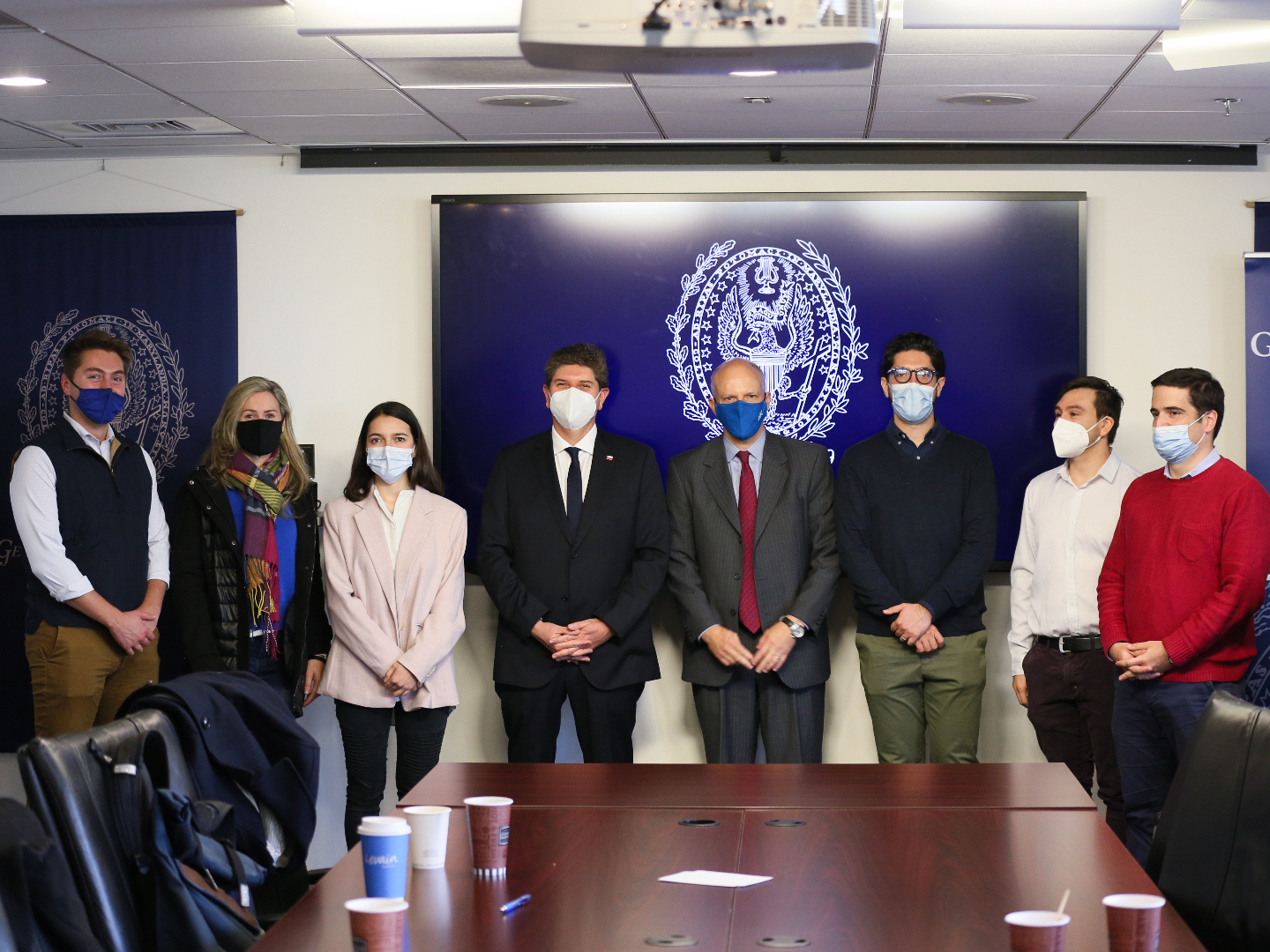 Rodrigo Cerda interacts with Georgetown students after his presentation

RSVP to Chile's Post-Pandemic Challenges: A Conversation with Rodrigo Cerda