The seven hundredth anniversary of Dante (1321-2021) is a fresh opportunity for a dialogue on both his philosophical and theological reflection and his keen observation of humanity. The supreme poet (Sommo Poeta) is capable of touching men and women of every time, and—as Pope Francis observes—“through his immortal works still has much to say and offer to those who desire to travel the way to true knowledge, to the authentic discovery of self, of the world, of life’s profound and transcendent meaning.” His constant spiritual search for the meaning of existence makes Dante a poet able to triumph over time, to cross space, and to transcend religious boundaries through a Catholic outlook at once distinctive and universal.

This conversation with three leading interpreters of Dante—Mary Jo Bang, Francesco Ciabattoni, and Vittorio Montemaggi—was an opportunity to walk the paths of Dante seven centuries after he did. Debora Tonelli, Georgetown’s representative in Rome, introduced the conversation; Paul Elie, author and senior fellow at the Berkley Center, moderated.

Mary Jo Bang is a nationally recognized author of seven books of poems. She is a professor of English at Washington University in St. Louis. She has been the recipient of a Hodder Fellowship from Princeton University, a grant from the Guggenheim Foundation, and a Berlin Prize fellowship at the American Academy in Berlin.

Francesco Ciabattoni is the Term Professor in Italian Literature at Georgetown University and a specialist in medieval Italian literature. Dr. Ciabattoni’s research focus lies on Dante and the middle ages, the twentieth-century short story, and the interplay of music and literature.

Vittorio Montemaggi is senior lecturer in religion and the arts at King's College London. Previously, he taught religion and literature at the University of Notre Dame from 2009 to 2017. His research focuses on literature, the visual arts, and music as explorations of divinity.

Paul Elie (moderator) is a senior fellow with the Berkley Center for Religion, Peace, and World Affairs and the director of the American Pilgrimage Project. He also coordinates the Faith and Culture Series, sponsored by the Office of the President. Before joining Georgetown, he spent 15 years as a senior editor with Farrar, Straus and Giroux in New York. His work deals primarily with the ways religious ideas are given expression in literature, the arts, music, and culture in the broadest sense.

Debora Tonelli (introduction) is the Georgetown University representative in Rome and permanent researcher at the Center for Religious Studies at the Fondazione Bruno Kessler in Trento. She also serves as a lecturer at Gregorian University and Pontifical Atheneum S. Anselmo. Moving from a background in political philosophy and theology, Tonelli's research and teaching address the interaction between politics and religion, particularly in the context of interreligious dialogue and religious violence. 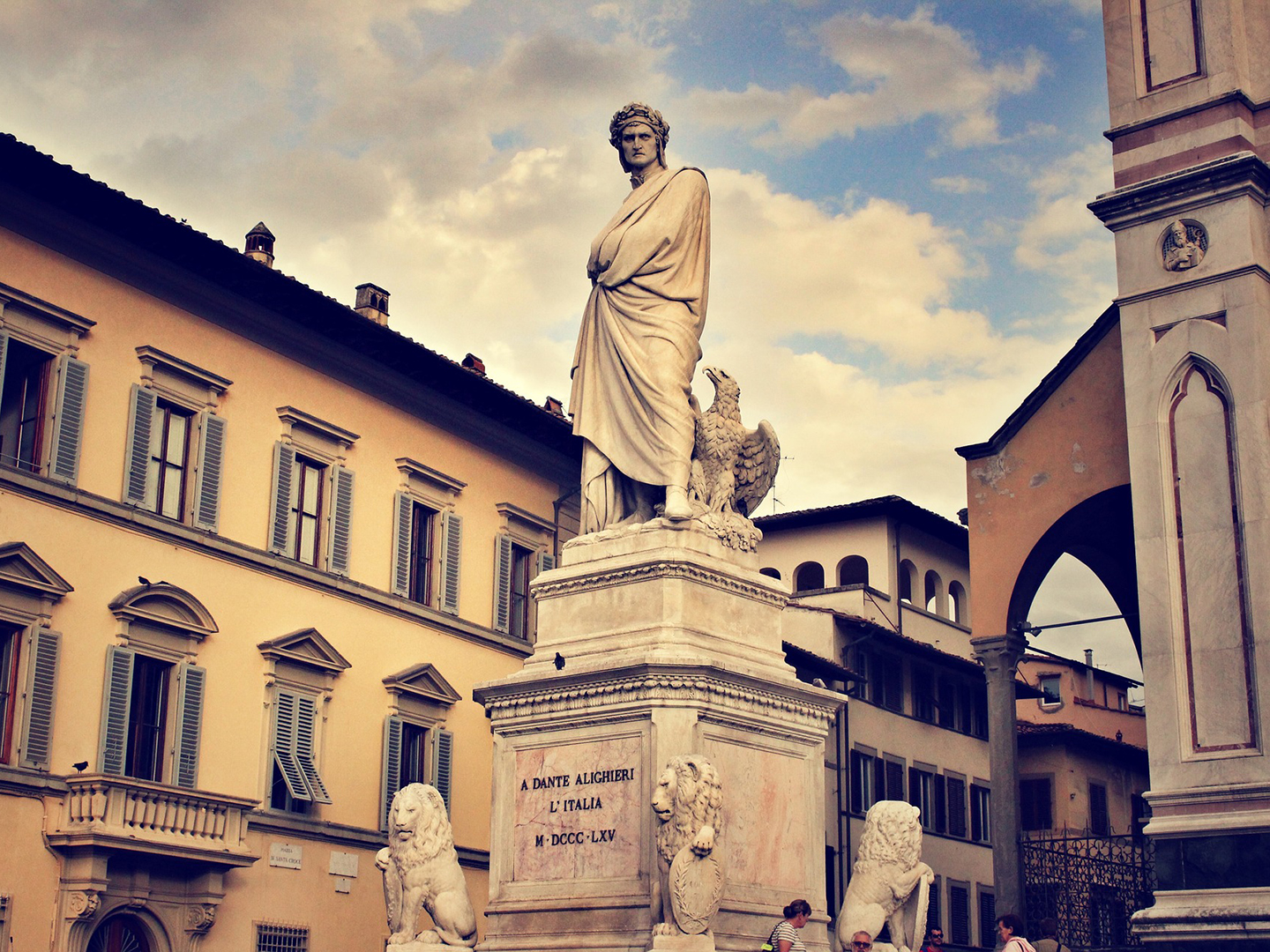 Dante statue in an Italian city

RSVP to Dante: Searcher and Discoverer