“Enlighten the Eye of My Mind”: Anselm of Canterbury at the Limits of Imagination

Showing the “Enlighten the Eye of My Mind”: Anselm of Canterbury at the Limits of Imagination Video

Anselm of Canterbury (1033-1109), the celebrated philosopher-theologian, monk, abbot, and archbishop of Canterbury, is most famous for his groundbreaking works of theological speculation. Anselm’s bold application of the tools of reason to fundamental questions of Christian faith, present throughout his authorial career, resulted in the first philosophical proof for the existence of God in the medieval Latin West. Yet Anselm also had a determined interest in the interior landscape of the human soul—his deathbed regret was that he had not lived long enough to write a book about it.

While the word “imagination” (imaginatio) occurs only a handful of times in his corpus, Anselm’s works are punctuated with references to the “eye of the soul” or the “eye of the mind.” The notion that humans possess the capacity for inner perception—an interior space for visual and conceptual creativity—is central to his theological program. Dr. Rachel Cresswell’s presentation examined Anselm’s idea of the “eye of the mind” in all its ambiguity, particularly in the powers and pitfalls of its capacity for image-creation. In rhetorically underscoring the force of the theological imagination, Anselm uses that very force to delineate its limitations, and to negotiate the far-reaches of the mind’s eye in perceiving a God who dwells in unapproachable light. Michael Scott, director of the Future of the Humanities Project, provided opening and closing remarks, and Rev. Joseph Simmons, S.J., moderated a Q&A session following the presentation.

Dr. Rachel Cresswell is departmental lecturer in ecclesiastical history at the Faculty of Theology and Religion, University of Oxford, and a senior member of Christchurch, Oxford. She also holds a junior research fellowship at Blackfriars, Oxford. Rachel specializes in the history of Christianity in the medieval Latin West, focusing particularly on the reception of the Bible in eleventh- and twelfth-century monastic authors. Her doctoral project, now being prepared for publication, investigated the role of scripture in the thought and writings of Anselm of Canterbury (1033-1109). Her current research aims to use the scriptural and liturgical motifs in Anselm’s writings as a framework for an historically-contextualized rearticulation of his controversial theory of atonement. 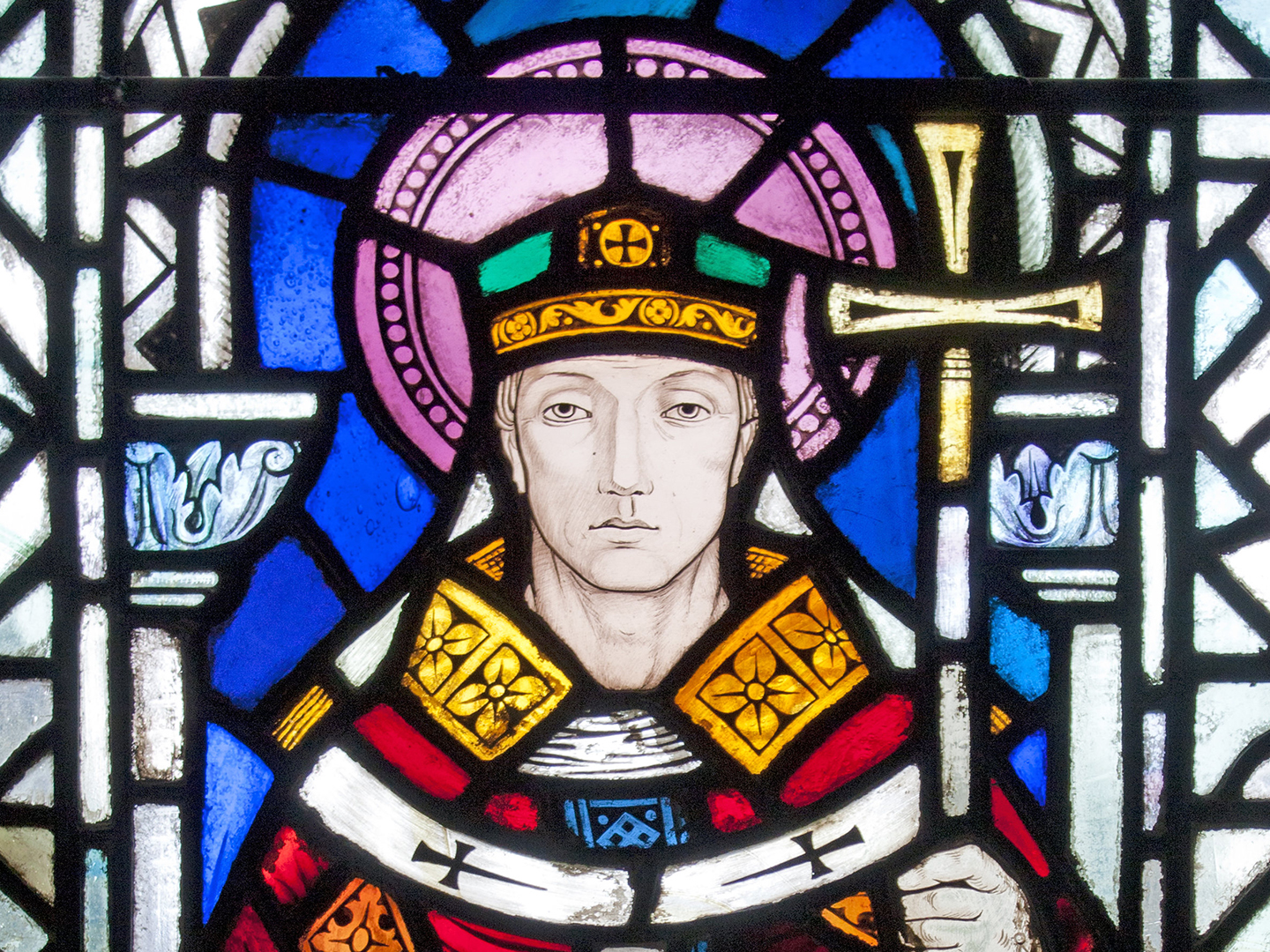 RSVP to “Enlighten the Eye of My Mind”: Anselm of Canterbury at the Limits of Imagination