How Did We Get into this War in Ukraine, and What Are We Not Saying About It?

Showing the How Did We Get into this War in Ukraine, and What Are We Not Saying About It? Video

Just how did the United States, the United Kingdom, and much of Europe get involved in a shooting war with Russia without having to do any of the actual shooting themselves? Are there grave downside risks to our unconditional feel-good support for the brave and bold Ukrainians, the clear winners of the propaganda battle? And will other dominoes be endangered soon, at an even greater cost in blood and treasure? What other questions must be asked? Sanford Ungar, director of the Free Speech Project at Georgetown University, and Michael Scott, director of the Future of the Humanities Project at Georgetown University, will moderate the discussion.

Raymond Asquith, 3rd Earl of Oxford and Asquith, was elected in October 2014 to the British House of Lords, where he sits as an independent crossbencher. He worked in the United Kingdom's diplomatic service for nearly 20 years after beginning his career in 1980. During his time in the field, he worked in the Foreign and Commonwealth Office, the Cabinet Office, and served in numerous postings in Eastern Europe. He was first secretary at the British Embassy in Moscow from 1983 to 1985, during the Cold War, and went on to be a counselor at the embassy in Kiev in the 1990s.

Susan Eisenhower, a policy analyst with a focus on national security, is chair emeritus at the Eisenhower Institute. She serves on MIT’s Energy Initiative Advisory Board and formerly co-chaired the Nuclear Energy Advisory Committee for the U.S. Secretary of Energy. In 1998, she was appointed to the National Academy of Sciences Standing Committee on International Security and Arms Control, where she served for eight years. She has authored hundreds of columns for the Washington Post, the New York Times, and the Los Angeles Times.

Christopher Preble co-directs the New American Engagement Initiative in the Scowcroft Center for Strategy and Security at the Atlantic Council. His work focuses on the history of U.S. foreign policy, contemporary grand strategy and military force posture, and the intersection of trade and national security. He has authored four books, including The Power Problem: How American Military Dominance Makes Us Less Safe, Less Prosperous, and Less Free (2009). He has written for the New York Times, the Washington Post, Financial Times, the National Interest, and National Review.

Hugo Slim is a senior research fellow at the Las Casas Institute for Social Justice at Blackfriars Hall at Oxford and at the Institute of Ethics, Law, and Armed Conflict at Oxford’s Blavatnik School of Government. His career has combined academia, policymaking, and diplomacy, and he has worked for Save the Children, the United Nations, the Catholic Agency for Overseas Development, and the International Committee of the Red Cross. His recent books include Solferino 21: Warfare, Civilians and Humanitarians in the Twenty First Century (2022). 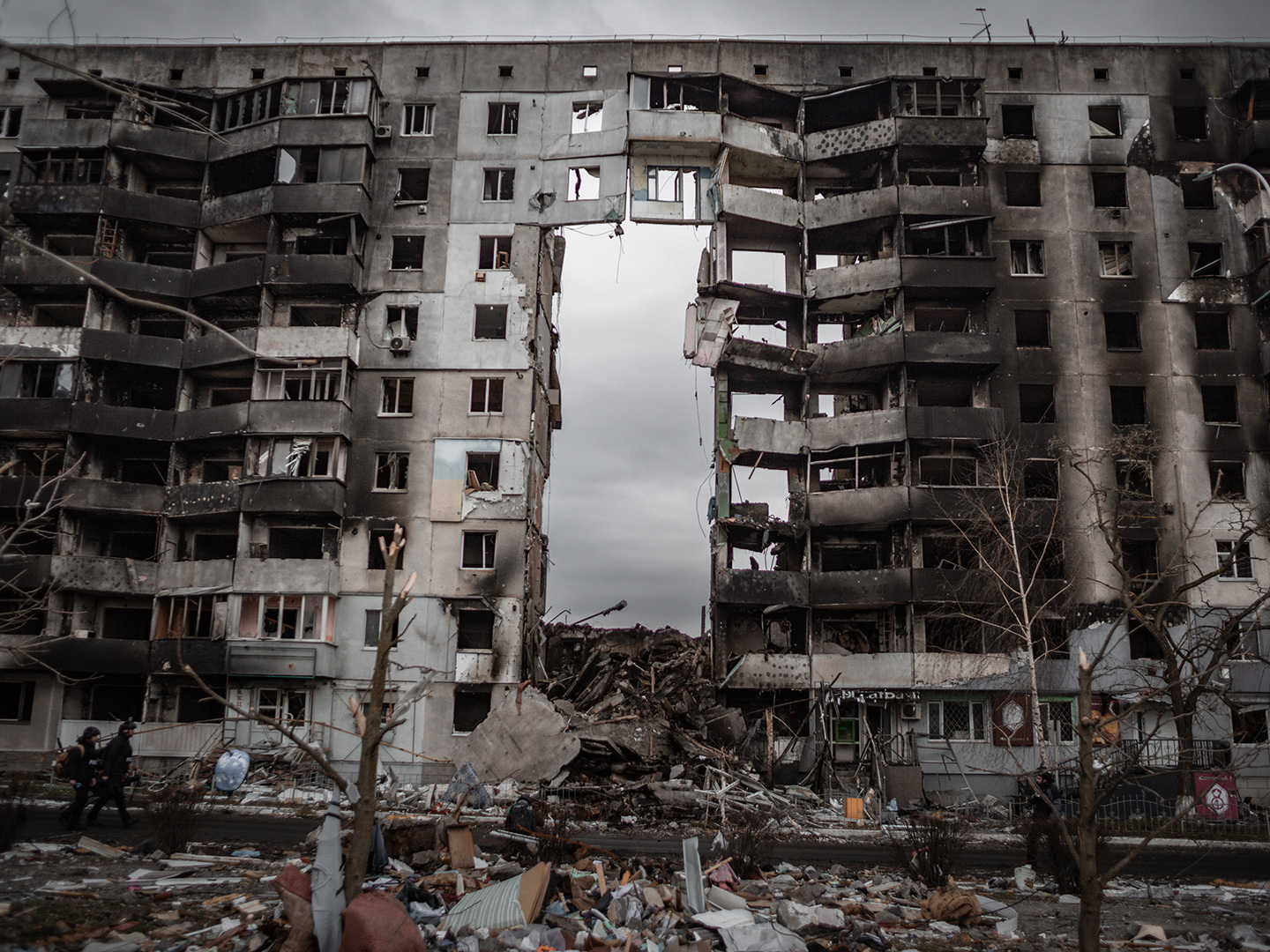 A bombed building in Ukraine

RSVP to How Did We Get into this War in Ukraine, and What Are We Not Saying About It?