Living with Putin: Russia and the West

Showing the Living with Putin: Russia and the West Video

While there appears to be no end in sight eight months into the Russian invasion of Ukraine, the war has not gone according to plan for Vladimir Putin. International sanctions against the Kremlin have had severe economic and political effects, and Ukraine has remarkably defended itself against what many assumed was an insurmountable foe. But as the conflict drags on, and nuclear rhetoric casts a frightening shadow, what is Putin’s end game? Does he have any plausible exit ramps short of “victory”? What does the future of life with Putin look like for the rest of the world?

Corneliu Bjola is an associate professor in diplomatic studies at the University of Oxford and head of the Oxford Digital Diplomacy Research Group. He also serves as a faculty fellow at the Center on Public Diplomacy at the University of Southern California and a professorial lecturer at the Diplomatic Academy of Vienna. Bjola has published extensively on issues related to the impact of digital technology on the conduct of diplomacy, with a recent focus on public diplomacy, international negotiations, and methods for countering digital propaganda.

Susan Eisenhower, a policy analyst with a focus on national security, is chair emeritus at the Eisenhower Institute. She serves on MIT’s Energy Initiative Advisory Board and formerly co-chaired the Nuclear Energy Advisory Committee for the U.S. secretary of energy. In 1998, Eisenhower was appointed to the National Academy of Sciences Standing Committee on International Security and Arms Control, where she served for eight years. She has authored hundreds of columns for the Washington Post, New York Times, and the Los Angeles Times.

Ellen Ioanes is a reporter at Vox, where she covers foreign affairs, American politics, and breaking news. She has been focusing on Russia’s war with Ukraine, United States congressional policy, and South Asian politics, among other issues. She previously worked at Business Insider, covering the military and global conflict, and has bylines in the Guardian, Foreign Policy, Center for Public Integrity, and other media. Ioanes has a master’s degree from Columbia University’s Graduate School of Journalism and a degree in religious studies from Davidson College.

Katherine Lawlor is a senior intelligence analyst at the Institute for the Study of War (ISW), focusing on irregular and proxy warfare, state fragility, and disinformation. Since early 2022, she has supported ISW’s Russia team in its coverage of the Russian invasion of Ukraine. Her analysis has appeared in the New York Times, Washington Post, Foreign Policy, Voice of America, Financial Times, and Politico. Prior to joining ISW, Lawlor lived and studied in Russia. She holds an M.A. in international relations from the University of St Andrews, where she studied civil-military relations and Russian. 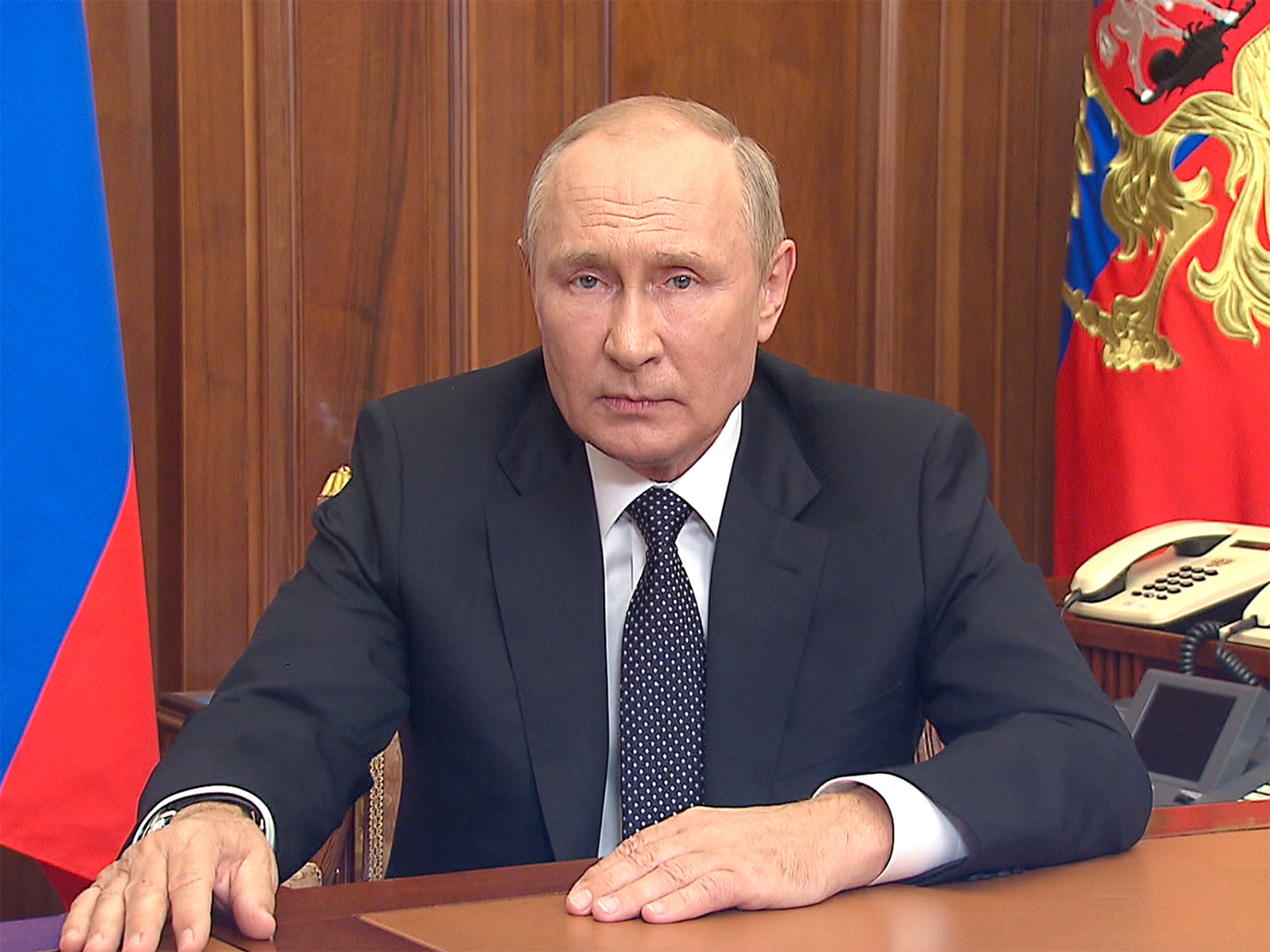 Vladimir Putin sitting at a desk

RSVP to Living with Putin: Russia and the West