Putting Religion to the Question

Showing the Putting Religion to the Question Video

The four plays in the Second Tetralogy, and particularly Henry V, raise different kinds of questions resulting from the clash of a spiritually and metaphysically assumed sovereign order with the practical realities of politics. The theology often invoked to sustain order is a political theology whose fissures and contradictions were beginning to emerge at the end of the sixteenth century. At the same time, nationalist questions concerning strangers and alternative forms of political organization were also beginning to surface in the distinction between England’s monarchical republic and other republics such as Venice. Economic and political organization become areas of tension as late Elizabethan and early Jacobean cultures are forced to confront emergent forces while deploying discourses that were backward-looking. The Merchant of Venice and Othello are closely aligned in their exploration of necessary but marginalized commercial practices and of the vexed question of the outsider in a republic that was famed for its welcoming of strangers.

In all these cases, religion provides a discourse whose contradictions were beginning to emerge, and which Shakespeare’s theater explored. John Drakakis, emeritus professor of English at the University of Stirling, in conversation with Professor Michael Scott, examined how much of the discussion of religion in the Shakespeare canon has revolved around the dramatist’s own personal affiliations, and in particular whether Shakespeare espoused Catholic or Protestant views.

This event was sponsored by the Future of the Humanities Project, the Las Casas Institute (Blackfriars Hall, Oxford), and the Georgetown Humanities Initiative. It is part of a year long series entitled: "Christian Shakespeare: Question Mark."

John Drakakis is emeritus professor of English at the University of Stirling and has held an honorary professorship at the University of Lincoln. He is an honorary fellow of Wrexham  Glyndwr university and the British Shakespeare Association, as well as a fellow of the English Association and a member of the Academia Europaea. He has published widely in the area of Shakespeare studies, and contributed a number of book chapters and journal articles. Drakakis is the editor of the Arden 3 edition of The Merchant of Venice and Alternative Shakespeares, the general editor of the Routledge New Critical Idiom series, and the general and contributing editor to the revision of The Narrative and Dramatic Sources of Shakespeare. Presently, he is completing a book on Shakespeare's Resources. 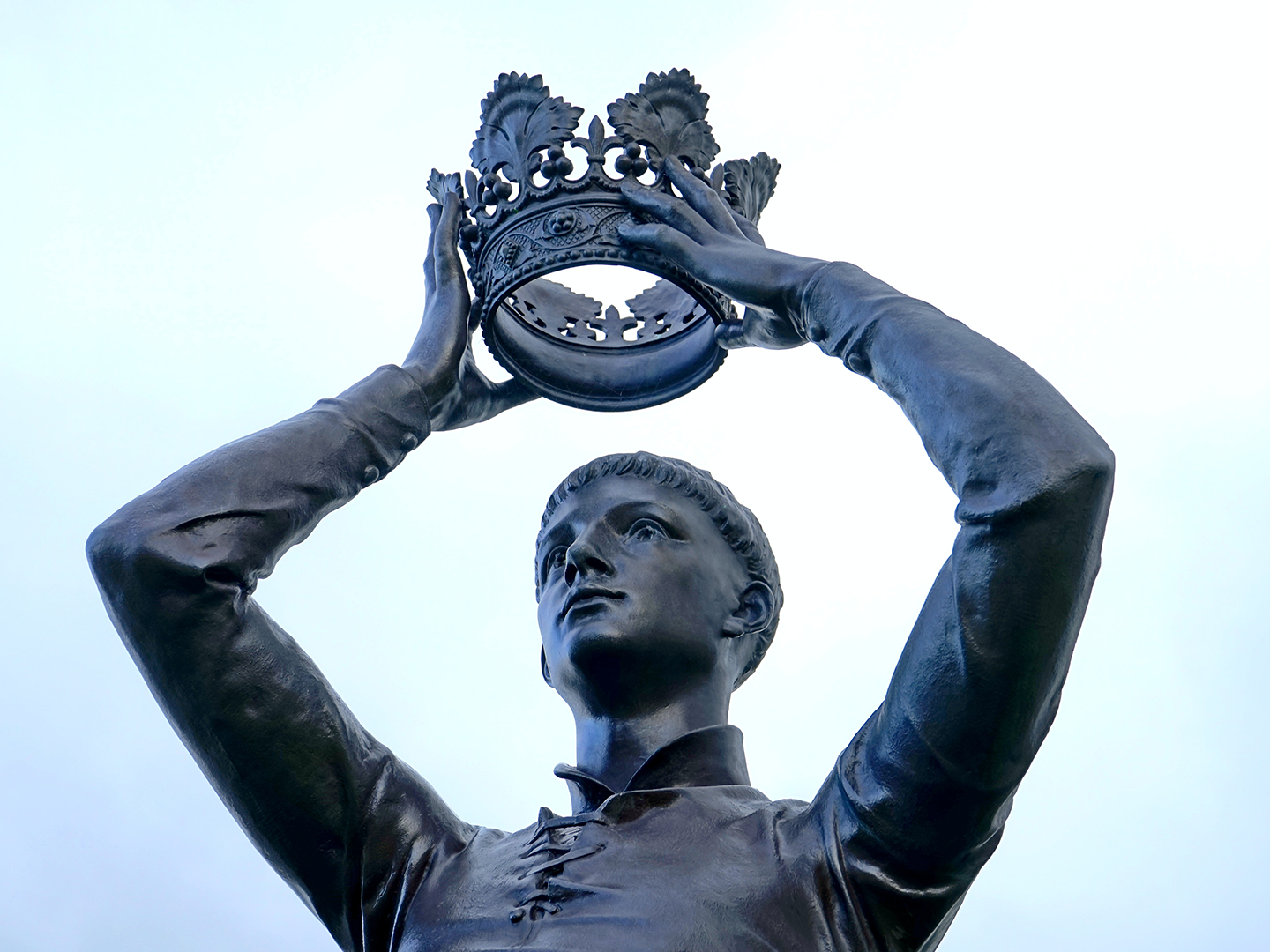 Statue of boy with a crown

RSVP to Putting Religion to the Question