Speaking Up for Endangered Species in a Time of International Turmoil

Endangered species cannot speak for themselves, and some have many fewer defenders than others. If they perish, whether for reasons of neglect or human venality, there will be no second chance to retrieve them. The next program in the series Free Speech at the Crossroads: International Dialogues addressed this issue from a global perspective, asking how to gain attention for a critical problem of our time in the midst of so many simultaneous crises over military and political conflicts, hunger, disease, forced human migration, and climate change. This timely conversation among activists and experts considered how to deal with the threat to endangered species, a problem that affects everyone in every part of the world.

This event was co-sponsored by the Free Speech Project and the Future of the Humanities Project at Georgetown University.

Nirmal Ghosh is U.S. bureau chief for the Straits Times of Singapore. An award-winning journalist, he has covered political and environmental issues across Asia. Ghosh is also a trustee of the Corbett Foundation, an environmental organization based in India. His most recent book is Unquiet Kingdom: Thailand in Transition (2017).

Sharon Guynup is an investigative journalist, author, and producer whose work has appeared in National Geographic, the New York Times, and Conservation Science and Practice. Her reporting on wildlife trafficking helped spark closure of the infamous Tiger Temple in Thailand and exposed illegal and abusive activity at U.S. tiger tourism attractions.

Peter Hain was an anti-apartheid activist in South Africa before emigrating to the United Kingdom and becoming a Labour Party parliamentarian and cabinet minister; he negotiated the 2007 settlement to the conflict in Northern Ireland. He has written or edited 24 books, including an acclaimed biography of Nelson Mandela. Today a member of the House of Lords, he campaigns on behalf of rhinos and other endangered species.

Julian Rademeyer is director for East and Southern Africa at the Global Initiative Against Transnational Organised Crime (GI-TOC). He was previously a project leader at TRAFFIC, the international wildlife trade monitoring network. A former investigative journalist, he is the author of Killing for Profit – Exposing the Illegal Rhino Horn Trade (2012).

Edwin Tambara, originally from Zimbabwe, has been a conservation practitioner for more than 15 years. As the African Wildlife Foundation's director of global leadership, he works with multilateral organizations like the United Nations and the World Bank, as well as the U.S. and Canadian governments, to influence policy and encourage development financing to support nature conservation in Africa.

Professor Michael Scott (moderator) is Senior Dean, Fellow of Blackfriars Hall, the University of Oxford, college adviser for postgraduate students, and a Member of the Las Casas Institute. 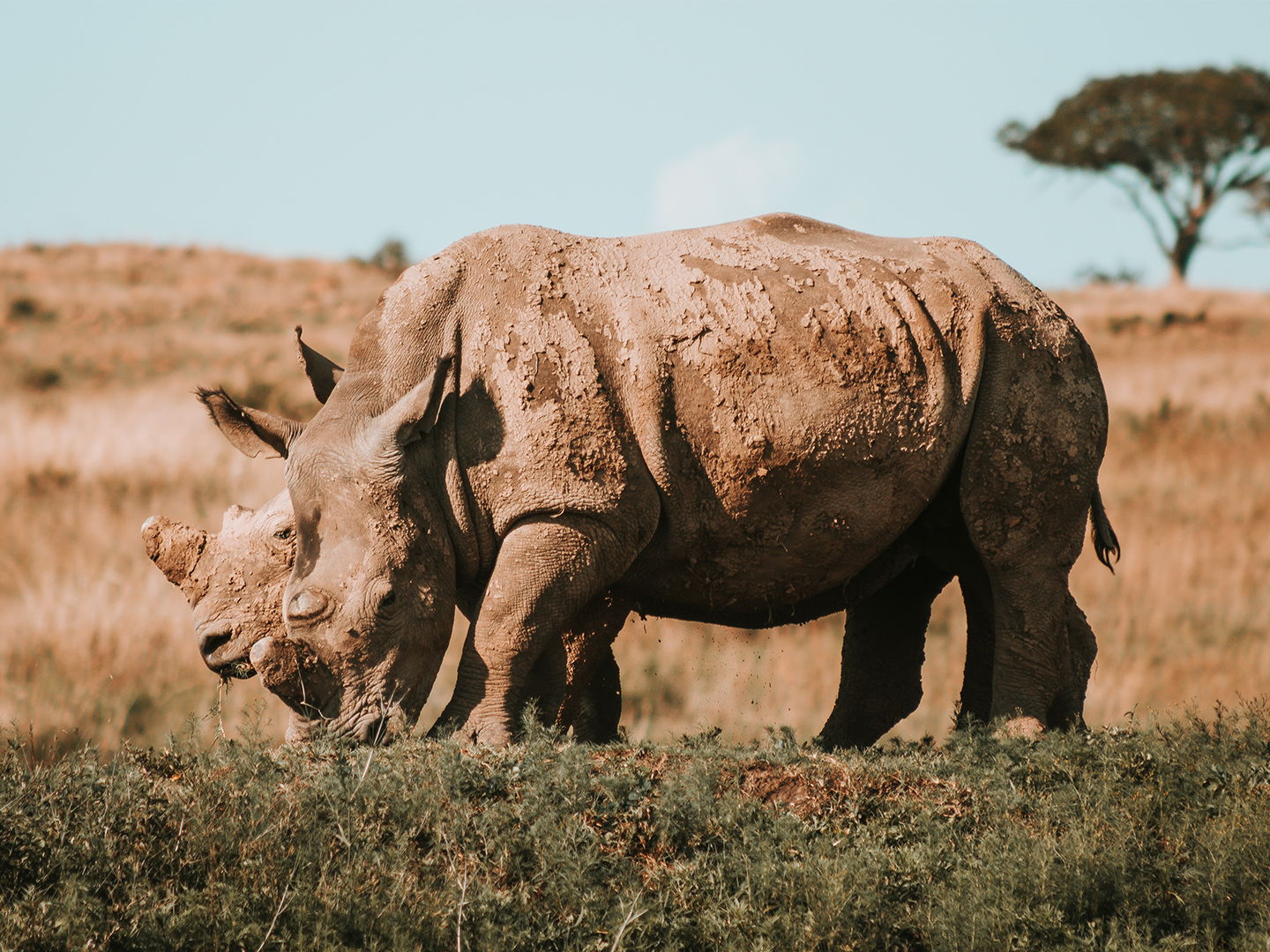 Rhinoceros in the plains