The Impact of the Russian Invasion on the Ukrainian, Russian, and Global Economies

Showing the The Impact of the Russian Invasion on the Ukrainian, Russian, and Global Economies Video

The ongoing Russian invasion of Ukraine and the economic sanctions imposed in response have resulted in major economic upheaval. The extraordinary humanitarian crisis is accompanied by a direct toll on the Ukrainian economy. Moreover, the sanctions will have a plethora of economic repercussions throughout the world. Leading economists Sergei Guriev and Tymofiy Mylovanov, two of the foremost experts on the Ukrainian and Russian economies, spoke about this ongoing crisis and its implications for the economic future of the region. Shéhérazade Semsar-de Boisséson, the inaugural executive director of the McCourt Institute, moderated the conversation.

Dr. Sergei Guriev is a professor of economics and director of graduate programs in economics at Sciences Po, France. He is currently serving as a research fellow and the leader of the Research and Policy Network on Populism at the Centre for Economic Policy Research, London. For 15 years, he was a tenure-track faculty member of the New Economic School, Moscow, including serving as its rector from 2004 until 2013. From 2016 to 2019, he was the chief economist at the European Bank for Reconstruction and Development. Guriev has also held appointments at the Moscow Institute of Physics and Technology, Moscow State University, Computing Center of the Russian Academy of Science, Massachusetts Institute of Technology, and Princeton University. Guriev has published more than 40 research articles and 15 book chapters; his book Spin Dictators: The Changing Face of Tyranny in the 21st Century (co-authored with Daniel Treisman) is forthcoming from Princeton University Press in spring 2022. Guriev graduated from Moscow Institute of Physics and Technology (MIPT) with a Master of Science degree, summa cum laude. In 1994, he received a Ph.D. in physics and mathematics. In 2002 he became a doctor of science in economics (habilitation degree).

Dr. Tymofiy Mylovanov is the president of Kyiv School of Economics and associate professor of the University of Pittsburgh. From October 2016 to August 2019 he was deputy chairman of the Board of the National Bank of Ukraine. He subsequently served as minister of economic development, trade and agriculture of Ukraine from August 2019 to March 2020. During his professional career, he has taught at European and American universities, including Rheinische Freidrich-Wilhelms-Universität Bonn, University of Pennsylvania, and University of Pittsburgh. Mylovanov’s research interests cover such areas as theory of games and contracts, institutional design. His articles on these topics have been published in the leading international academic magazines, including Econometrica, American Economic Review, and the Review of Economic Studies. During the Revolution of Dignity, he helped found the VoxUkraine platform to increase the level of economic discussion in Ukraine. Mylovanov graduated from Kyiv Polytechnic Institute in 1997 and from Kyiv-Mohyla Academy in 1999. In 2004 he received his Ph.D. in economics at the University of Wisconsin-Madison.

Shéhérazade Semsar-de Boisséson (moderator) is the inaugural executive director of the McCourt Institute. She was the founding CEO of POLITICO Europe from 2015 through June 2021. Under her leadership, POLITICO became one of the most influential non-partisan publications ever launched in Europe. She also helped launch the publication's annual AI Innovation and Governance Summit. Semsar-de Boisséson remains an advisory board member for POLITICO Europe and senior advisor for Axel Springer media group. Prior to POLITICO, Shéhérazade was the owner and publisher of European Voice, the leading media outlet in Brussels covering E.U. policy, which she acquired from the Economist Group in 2013. Shéhérazade graduated from Georgetown University's School of Foreign Service in 1990 with a B.A. and an M.S. in international finance; she later served as a member of the Georgetown University Board of Directors from 2013 to 2019. She is currently serving on advisory board for the Georgetown University School of Foreign Service and the Georgetown Institute for Women, Peace and Security, as well as on the Board of Directors of the French-American Foundation.

Photo courtesy of Flickr user Ministry of Defense of Ukraine 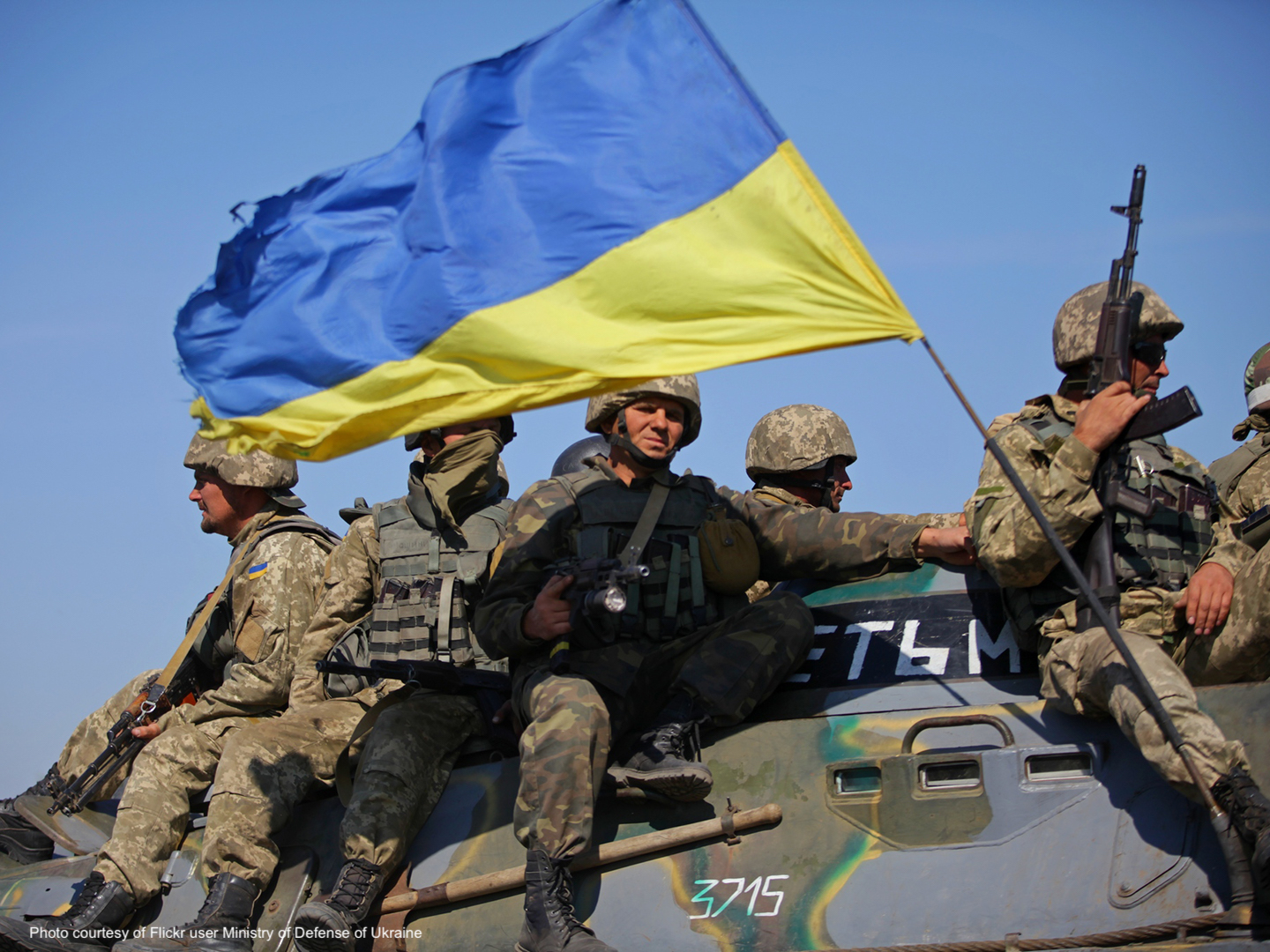 RSVP to The Impact of the Russian Invasion on the Ukrainian, Russian, and Global Economies