The Rhetoric and the Impact of Two Flamboyant Has-Beens: Boris Johnson and Donald Trump – Will They Rise Again?

The political paths of Boris Johnson and Donald Trump are striking for their parallels, but also their differences. Their unconventional and abrasive leadership styles contributed to their meteoric rise, as well as their downfall. Mired in scandals and accusations of corruption, both have shown an uncanny ability to dominate the news at home and abroad. This conversation featured leading journalists from the United States and the United Kingdom talking about how each other’s former leaders look today. Will they be able to hold significant sway in their respective political parties? Amid a surge of populism around the world, what examples have they set and what will their long-term impact be? How will history remember them?

Karen DeYoung is senior national security correspondent and associate editor of the Washington Post. In more than four decades at the newspaper, she has served as bureau chief in London and in Latin America, and as a correspondent covering the White House, U.S. foreign policy, and the intelligence community. She has won numerous awards for national and international reporting and is the author of Soldier (2006), a biography of the late secretary of state, Colin Powell.

Lauren Gambino is a political correspondent for the Guardian based in Washington, DC, where she covers the U.S. Congress. She previously covered Hillary Clinton’s campaign during the 2016 presidential election. Her first journalism job was as a statehouse reporter for the Associated Press in Salem, Oregon. She is a graduate of Arizona State University's Walter Cronkite School of Journalism and the recipient of a 2012 Fulbright scholarship to the United Kingdom.

Mark Landler, a graduate of Georgetown University, is the London bureau chief of the New York Times. In 27 years at the Times, he has been bureau chief in Hong Kong and Frankfurt, White House correspondent, diplomatic correspondent, European economic correspondent, and a business reporter. He is the author of Alter Egos (2011), a comparative study of the foreign policy of Barack Obama and Hillary Clinton, and is a member of the Council on Foreign Relations.

Rozina Sabur is Washington editor for the Daily Telegraph, one of the United Kingdom's leading national newspapers. Based in the United States since 2017, she covered the Trump administration, including two impeachment proceedings and the attack on the U.S. Capitol. Previously, she was based in the Telegraph's London headquarters, working across the home news and foreign news desks. She has also worked at the Press Association, the United Kingdom's national news agency, and the South Wales Echo. 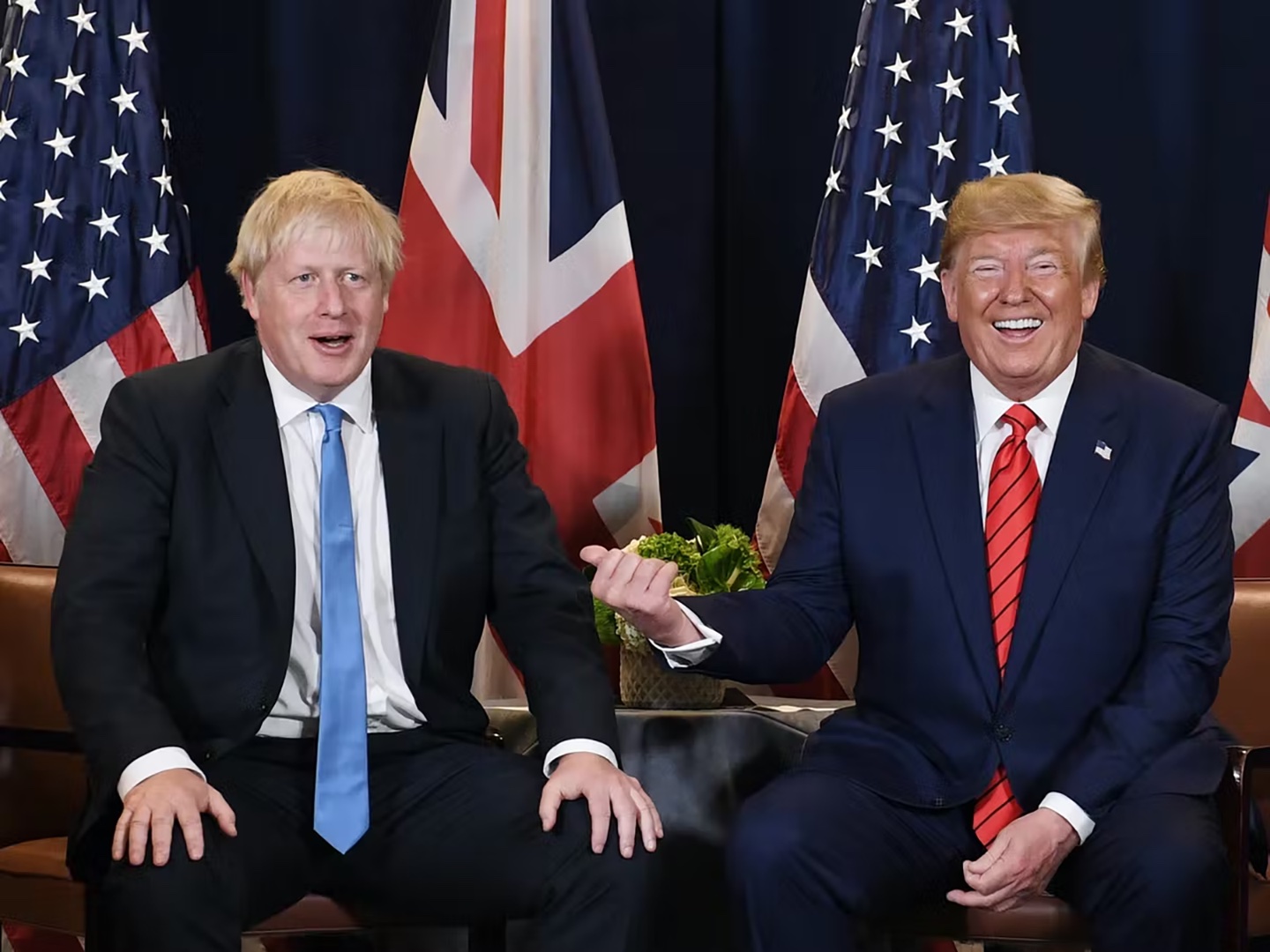 Donald Trump and Boris Johnson sitting side by side

RSVP to The Rhetoric and the Impact of Two Flamboyant Has-Beens: Boris Johnson and Donald Trump – Will They Rise Again?