Translate this text to: English Italiano

The Role of Women in the African Diaspora in Italy

Since ancient times, humanity has known the phenomenon of the “diaspora.” It is a complex term, and it can be reductive and misleading with respect to more common words in everyday language such as "immigration,” especially when we observe the phenomenon of the African diaspora in Italy. The diaspora, in fact, concerns not only people, but can also refer to the dissemination of a culture outside of the places and cultural groups in which it arose. "Diaspora" and "dissemination" are thus two sides of the same phenomenon and indicate the forced removal in one case and the opportunity to extend one's culture in the other. The third event of the Africa Beyond Stereotypes series dealt with the role of women in the African diaspora in Italy. This dialogue with Dr. Mbiye Diku uncovered some key elements that determine the capacity for action - but also the limits - of these women in Italy, the links with their culture of origin, and the challenges they face vis-a-vis the challenges white Italians face. Without any expectation of exhausting such a vast topic, the dialogue promoted awareness of the complexity of a phenomenon in which African women are protagonists, of the importance of the role they play in Italy, and of their significant social and cultural contribution.

This event was part of the Africa Beyond Stereotypes series, held as part of the Questioni di Civiltà. Dialoghi di attualità e discerniment series, organized by Georgetown University and La Civiltà Cattolica.

Dr. Mbyie Diku is a specialist in gynecology and obstetrics, originally from the Democratic Republic of Congo, and a medical director at the National Institute for the Promotion of the Health of Migrant Populations and for the Fight against Poverty Diseases (INMP). She also serves as officer of the Order of Merit of the Italian Republic, president of the Black African Diaspora Network in Italy (REDANI), and president of the Association of Women of Congolese Origin (DRC) in Rome and Lazio, Tam Tam d’Afrique - APS. She also is a member of the Scientific Committee of the Nilde Iotti Foundation. From 2006 to 2008, she was coordinator of the women and minors group of the Health and Immigration Commission of the Italian Ministry of Health. She has been a speaker at numerous national and international conferences to discuss rights, women, and racism. 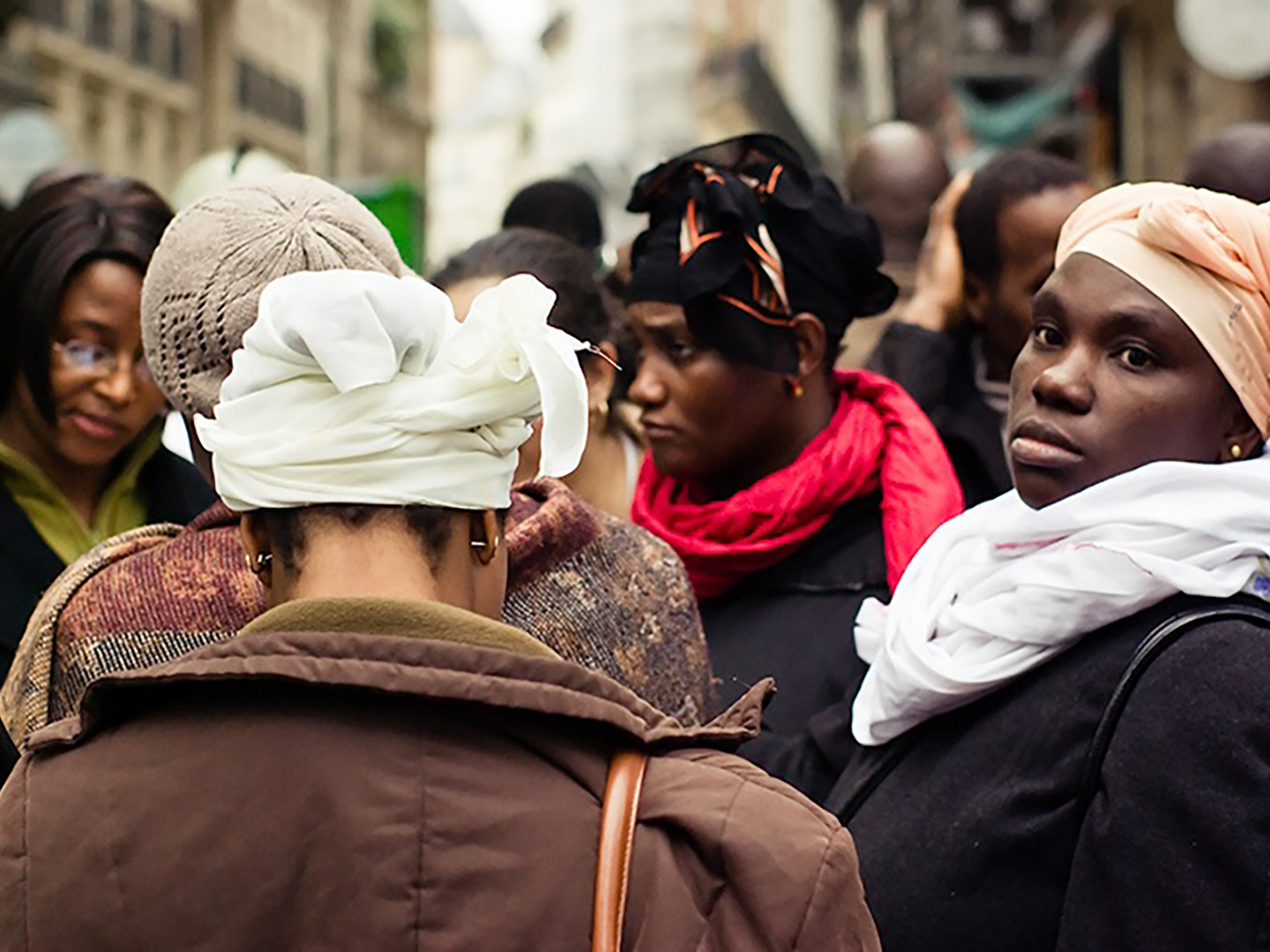 A group of Black women in Paris at a protest