Turning Point: The Coming Espionage Trial of Julian Assange and Its Potential Impact on Journalism

Showing the Turning Point: The Coming Espionage Trial of Julian Assange and Its Potential Impact on Journalism Video

In 2010, Julian Assange was thrown into the spotlight after his Wikileaks website published classified materials obtained from soldier Chelsea Manning—including footage of a U.S. airstrike in Baghdad that killed at least 11 civilians. Indicted in the United States on 17 espionage charges that carry a maximum prison sentence of 175 years, he has emerged as a divisive figure. Once he came out of nearly seven years of hiding in the Ecuadorian Embassy in London, Assange was arrested and has now been cleared for extradition by the British authorities; he has appealed that decision. Some say he is being unfairly punished for exposing war crimes, while others contend he damaged diplomacy and harmed U.S. national security.

How should the international community handle Assange? What are the global implications of prosecuting someone for unveiling uncomfortable truths? Is he criminally charged for doing what eminent correspondents around the world do every day?

Daniel Ellsberg achieved international recognition for his disclosure in 1971 of the top secret Pentagon study concerning U.S. decision-making in Vietnam, which came to be known as the Pentagon Papers. Their exposure in the New York Times, the Washington Post, and 17 other newspapers led President Richard Nixon to sue in federal court to halt publication. That effort failed, as did the espionage and other criminal charges against Ellsberg, which were dismissed in 1973 on grounds of governmental misconduct. The case led to the convictions of several White House aides and figured in the Watergate scandal and Nixon’s resignation as he faced impeachment. Ellsberg has spoken out on behalf of Assange, Edward Snowden, and others who revealed American government secrets in order to influence policy.

Naomi Colvin is the United Kingdom-Ireland project director at Blueprint for Free Speech, an international non-governmental organization that works to promote the right to freedom of expression. She previously worked on advocacy campaigns for whistleblowers and hacktivists. She is particularly interested in how digital speech intersects with criminal law and is currently working on projects concerning whistleblowing and strategic lawsuits in Europe.

Sanford J. Ungar (moderator), president emeritus of Goucher College, is director of the Free Speech Project at Georgetown University, which documents challenges to free expression in American education, government, and civil society. Director of the Voice of America under President Bill Clinton, he was also dean of the American University School of Communication and is a former co-host of "All Things Considered" on NPR. Ungar's book, The Papers & The Papers: An Account of the Legal and Political Battle over the Pentagon Papers, originally published in 1972, won the George Polk Award. 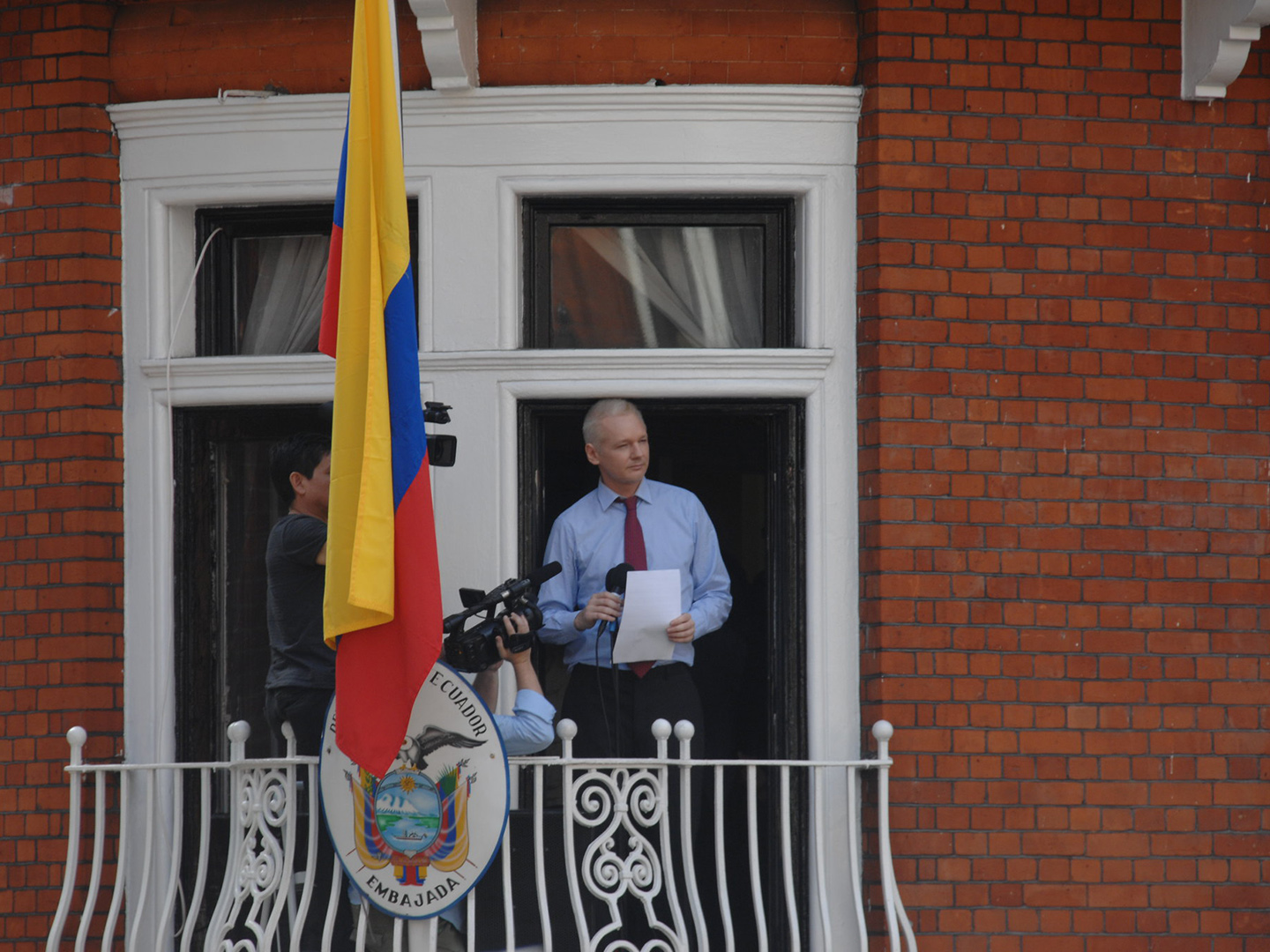 RSVP to Turning Point: The Coming Espionage Trial of Julian Assange and Its Potential Impact on Journalism