Viruses: The Wars We Have Won and the Wars We May Lose

Showing the Viruses: The Wars We Have Won and the Wars We May Lose Video

The science of virology has scored many victories in recent years, including the technological feat of developing COVID vaccines remarkably quickly. Education and treatment for viruses like HIV have also advanced significantly. But the global pandemic remains ongoing, and other viral threats still loom large. How can the global public better understand viruses in a climate of misinformation and disinformation? And if a global problem requires a global solution, are scientists being heard amidst the political uproar?

This online conversation included award-winning journalists from The New York Times and Science magazine, a physician working in Wales in the field of sexual health and HIV medicine, a staff writer for Science News, and the co-founder of an HIV-support charity in the United Kingdom.

Jon Cohen is an award winning writer and author of four nonfiction books on scientific topics. He began at Science magazine in 1990 and is now a senior correspondent. He specializes in biomedicine and is widely known for his coverage of epidemics (HIV/AIDS, COVID-19, Ebola, influenza), immunology, vaccines, and global health. Cohen’s books include Shots in the Dark: The Wayward Search for an AIDS Vaccine (2001) and Tomorrow is a Long Time: Tijuana’s Unchecked HIV/AIDS epidemic (2015). He holds a B.A. in science writing from University of California, San Diego.

Paul Coleman has worked in the film and television industry for more than 35 years as a producer and director. He received a BAFTA nomination for his work as a TV director. In 2019, he co-founded the National HIV Story Trust to preserve and archive the stories of the victims of the HIV/AIDS pandemic, which were believed to be of great significance to U.K. and LGBTQ history, and to galvanize further awareness of AIDS and HIV. Coleman continues to interview and record the testimony of all those touched by virus and the disease.

Erin Garcia de Jesús is a staff reporter at Science News magazine. She holds a Ph.D. in microbiology from the University of Washington, where she studied the evolution of HIV and related viruses in primates. She went on to earn a master’s degree in science communication from the University of California, Santa Cruz. Garcia de Jesus joined the Science News team in January 2020, when she immediately returned to the world of virology to cover the COVID-19 pandemic.

Apoorva Mandavilli reports for the New York Times, focusing on science and global health. She currently covers the coronavirus pandemic, vaccinations, the World Health Organization, Centers for Disease Control and Prevention, and the Food and Drug Administration. She is the 2019 winner of the Victor Cohn Prize for Excellence in Medical Science Reporting. Mandavilli has an M.A. degree in journalism from New York University and a master of science degree in biochemistry from the University of Wisconsin-Madison.

Olwen Williams is a consultant physician working in the field of sexual health and HIV medicine in North Wales. She has worked on HIV since 1988, delivering both in-patient and out-patient care. She has striven to ensure the marginalized and vulnerable have access to high-quality healthcare and has influenced health policy in the United Kingdom. Williams is currently vice president for Wales of the Royal College of Physicians, and she previously held the position of president of the British Association for Sexual Health and HIV. 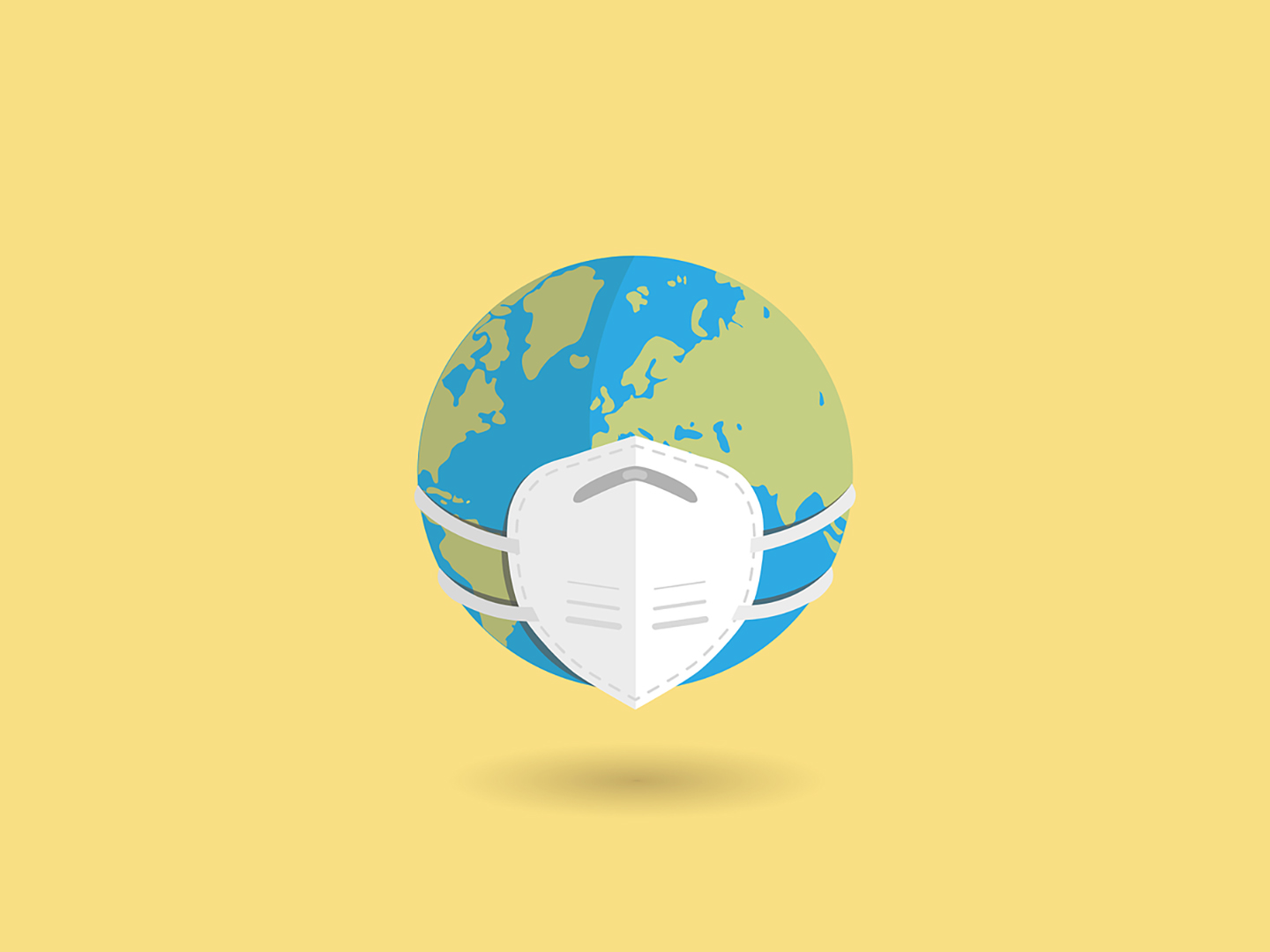 A drawing of the globe wearing a surgical mask

RSVP to Viruses: The Wars We Have Won and the Wars We May Lose