Worker Protection: Reopening the World’s Economies in the Presence of COVID-19

Worker Protection: Reopening the World’s Economies in the Presence of COVID-19 Video Player

Showing the Worker Protection: Reopening the World’s Economies in the Presence of COVID-19 Video

As economies across the world begin to reopen in the face of the ongoing COVID-19 pandemic, it is imperative that the physical, mental, and economic safety of workers be the priority. The focus of this panel discussion addressed a variety of key challenges that employers and governments confront as the workforce returns. These included questions related to the role of unemployment insurance, the order in which sectors should be reopened and workers reemployed, the critical role of testing, and the difficulties facing firms and their ecosystems as they attempt to ensure a safe work environment.

Michel Goldman is a medical doctor specializing in immunology and internal medicine. He is the founder of the Institute for Interdisciplinary Innovation in healthcare (I3h) at the Université Libre de Bruxelles. Goldman also serves as the editor-in-chief of Frontiers in Medicine and a board member of the French National Institute of Health and Medical Research (INSERM), the European Tuberculosis Vaccine Initiative, and the Friends of the Global Fund Europe.

Luigi Guiso is the Axa Professor of Economics at the Einaudi Institute for Economics and Finance. He has directed the Finance Programme at CEPR of which he has been a fellow for five years. Luigi Guiso has broad research interests. Besides his work in the field of household finance, he has contributed research in the field of labor economics, firms' investment and financial decisions, entrepreneurship and banking, political economy and institutions, and culture and economics.

Giuseppe Moscarini is a professor of economics at Yale University, a co-director of the Research Program in Macroeconomics at the Cowles Foundation for Research in Economics, and a research associate of the National Bureau of Economic Research, where he co-chairs the working group on Aggregate Labor Markets within the Economics Fluctuations and Growth program. He has been a Sloan Research Fellow, a co-editor of Theoretical Economics, and associate editor of several academic journals.

Mathias Vicherat is the general secretary of Danone, where he oversees the company’s corporate affairs (public affairs, security and intelligence, communication) and GS network worldwide. Vicherat previously served six years as the mayor of Paris’ chief of staff for two mayors. He was instrumental in promoting Paris’ worldwide reputation and influence through his contribution to the success of such projects as the COP 21 conference and the city’s successful 2024 Olympic bid.

Shéhérazade Semsar-de Boisséson (moderator) is the CEO of Politico Europe and serves on the Advisory Board of Georgetown’s Master of Science in Foreign Service and the Board of Directors of the French- American Foundation. She also served as a member of the Georgetown University Board of Directors from 2013 to 2019. Boisséson was the founder of Development Institute International (DII), one of France's leading conference providers, and was the owner and publisher of European Voice, the leading media in Brussels covering EU policy, which she acquired from the Economist Group. 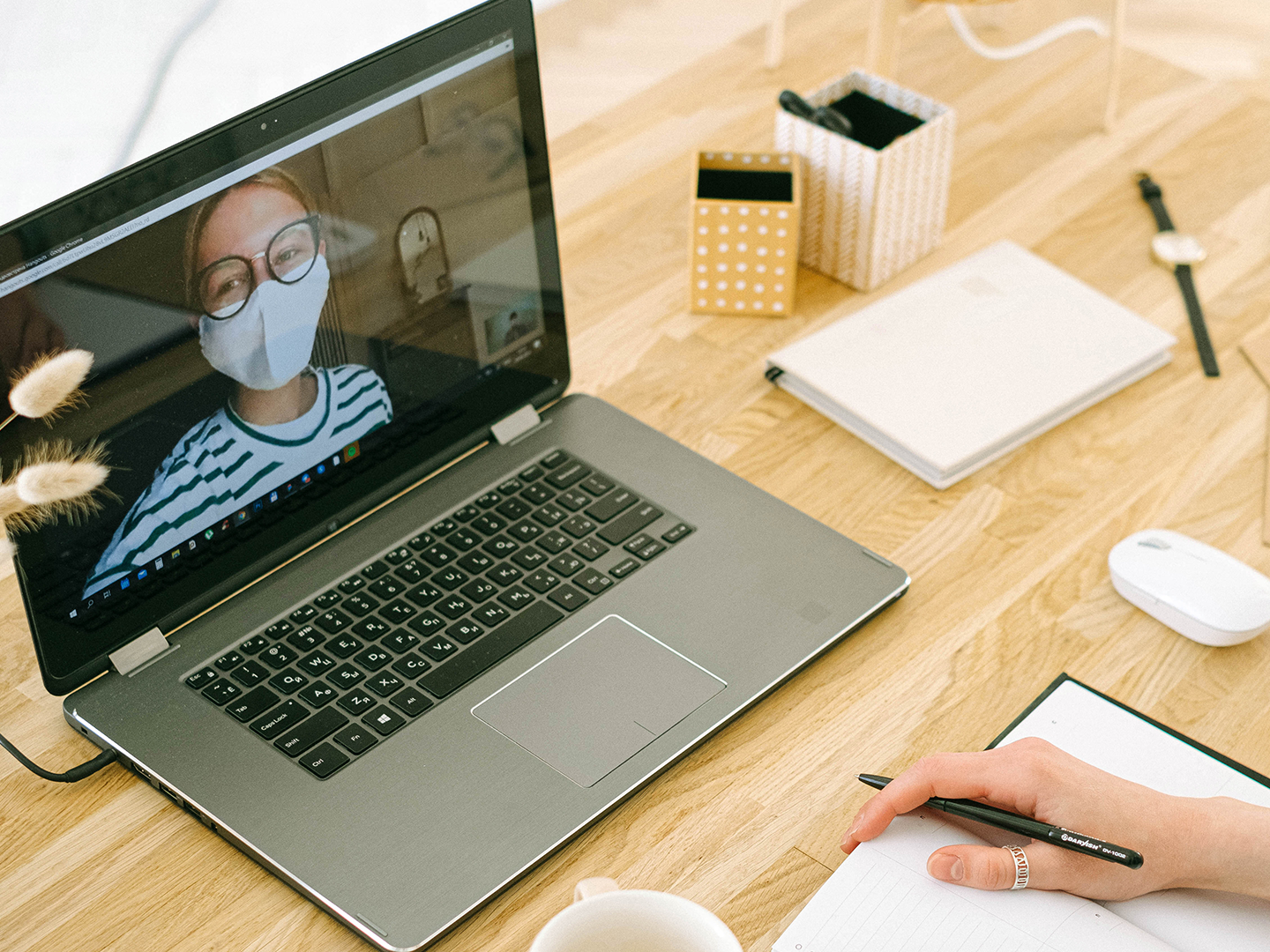 Video call on a computer

RSVP to Worker Protection: Reopening the World’s Economies in the Presence of COVID-19