Former president of Colombia Juan Manuel Santos spoke with Ambassador Jeffrey DeLaurentis (SFS’76) about peacebuilding in Colombia during his presidency, which led to the dissolution of the Revolutionary Armed Forces of Colombia (Fuerzas Armadas Revolucionarias de Colombia, FARC) and a subsequent Nobel Peace Prize in 2016.

The negotiations leading up to the historic peace accord with the FARC are the subject of the new documentary Port of Destiny: Peace, which was screened by the audience prior to the conversation. After the screening, Santos emphasized that he did not achieve peace in Colombia alone.

“A lot of people put all their energy, their passion, in order to achieve what we achieved,” he said. “And we’re still struggling because one thing is peacemaking, and another—more difficult—is peacebuilding, which we’re starting to do now, and it will take a long time.”

Santos, who was president from 2010 to 2018, said that a clear objective in negotiations was critical to building lasting peace. He studied successes from past peace processes in Israel, Northern Ireland, and South Africa, and noted that the involvement of international organizations like the United Nations Security Council was important to a successful peace accord. Primarily, Santos said that building trust with the FARC was essential to negotiations, which took place without a cease-fire agreement.

“I said to them, we will apply the Rabin Doctrine—Rabin being the Israeli prime minister who negotiated with Arafat—that said, ‘I will negotiate as if there is no terrorism, and I will continue to fight and combat terrorism as if there is no negotiation,” recalled Santos. “[The FARC] said that this is one of the decisions that built trust in them. It’s a paradox, but it did.”

Though the future of peace in Colombia is uncertain given current President Iván Duque Márquez’s opposition to the peace accords, Santos cited a Constitutional Court ruling that protects the accord for the next three governments. Still, Santos recognizes there is a long way to go to shift public opinion and achieve true reconciliation.

“We’re in that process—convincing people that it is better to have peace than to have war,” he said. “The ones that were not convinced are starting to see the benefits of the peace process.”

UN Security Council Resolution 1325 reaffirms the important role of women in peace negotiations, peacebuilding, and conflict prevention. In recognition of the disproportionate effects of conflict on women, the accords include a chapter that ensures women receive certain benefits post-conflict. Santos said,

“For the first time, we put the victims in the center of the solution of the conflict, the victims and their rights—their rights to justice, to reparations, to the truth, to non-repetition.”

“The role of women was very important, and I think this is an aspect of the process that has to be always underlined,” he added

Peace and Democracy in Venezuela

Before Santos left office, the economic and refugee crises in Venezuela had spillover effects in Colombia.

“I opened the door to the Venezuelan refugees—1.2 million when I left office,” he said. “We gave them education, health, and helped them in every way possible."

Santos asserted that there needs to be an agreement with major stakeholders, namely China, Russia, Cuba, the United States, and Latin American countries. He also called for mediation efforts from the UN or the Catholic Church, recognizing the great need for a peaceful transition of power.

“Venezuela is not a country accustomed to violence as Colombia has been,” said Santos. “If there is a violent transition, the aftermath will be very difficult to administer, and that is going to have terrible repercussions in Venezuela and in Colombia, so by all means we need a peaceful transition.”

The event "Port of Destiny: Peace Film Screening and Conversation with Former President of Colombia Juan Manuel Santos" took place on February 26, 2019. It was sponsored by the Center for Latin American Studies and the Latin American Leadership Program. 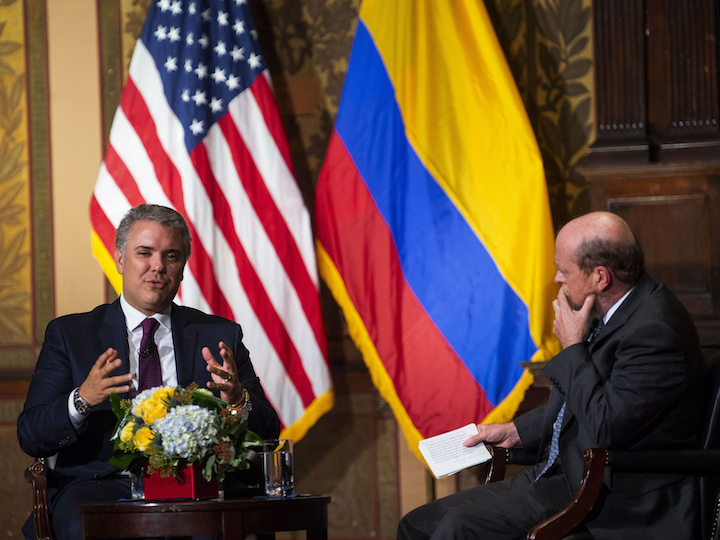 During his first presidential visit to Washington, D.C., Duque spoke with Law Center Dean William M. Treanor about the crisis in Venezuela, economic policy, and his time as a Georgetown student. 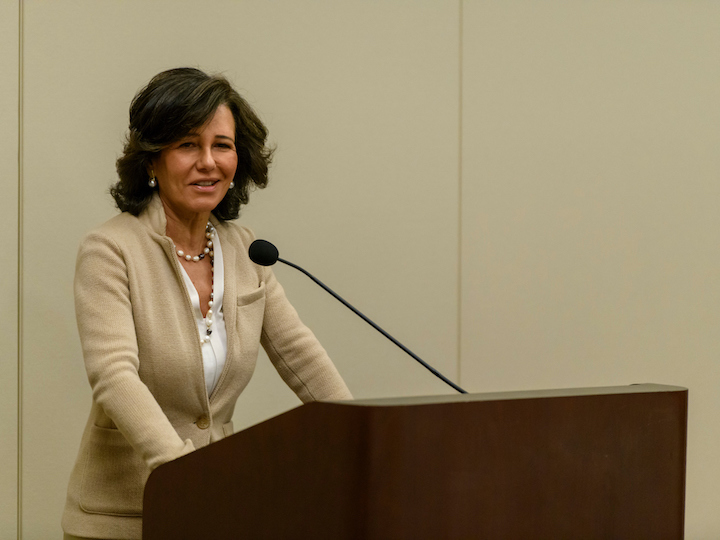 Botín discussed financial inclusion in the digital age during a conference on “Responsible Growth: A Shared Future,” sponsored by the Georgetown and Santander Social Economy Partnership. 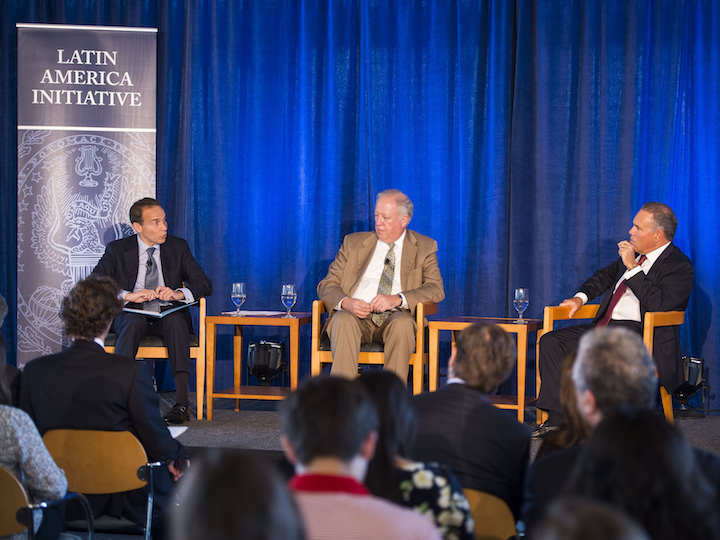 From 2016 to 2017 Georgetown advanced its engagement with Latin America through the Latin America Initiative, which propelled collaboration across schools and disciplines.