Khadija Khan Engages in a Movement Through Research

The Lisa J. Raines Summer Research Fellowship grants Georgetown sophomores and juniors who wish to conduct independent summer research $5,000 to design, investigate, and produce an original research project over the course of a 10 weeks.

On  October 18, 2015, the South African Minister of Education announced a university tuition increase of 12 percent throughout the country, spurring massive student protests. The magnitude of these protests had not been seen in South Africa since the 1976 Soweto uprising, the iconic movement against South Africa’s apartheid regime. In fact, one particular demonstration held the day after the announcement on October 19 was one of the largest student-led political protests in modern history. By October 23, South African president Jacob Zuma rescinded the tuition increase.

As a Raines fellow, Khan observed the black queer women’s experience and conducted research on the intersectionality of race and feminism in the context of a post-apartheid South Africa. Her research noted that the proposed tuition increase would most severely impact first-generation black South African students, pricing them out of the universities in the country.

“The Freedom Charter, which ended apartheid, guaranteed the right to free education for all South Africans, and that has not been realized yet,” Khan shared.

A Passion for Social Justice

An apartheid history course piqued Khan’s interest in South Africa’s complex history. To this day, the country is still struggling to define its post-conflict identity among its diverse residents of African, European, and Asian descent. Because the apartheid laws in South Africa were abolished at the start of Khan’s generation, the opportunity to discuss the segregated experience among her peers presented a new lens through which she could evaluate parallel conflict dialogue in places like Israel, Palestine, the United States, and the United Kingdom.

“My lived experience inspired me to become an activist for conflict resolution, social justice, and feminism,” Khan said when reflecting on her life before coming to Georgetown. “My mother is a white Christian from Montana, and my father is a brown Muslim from Pakistan. Even in Idaho, where I grew up, they love each other despite their differences. They know how to compromise. They listen and understand each other. I don’t see why the world can’t be like that.”

When it came to choosing a university, Khan says that Georgetown was a clear choice.

“Being able to pursue an academic major in such a dynamic category, and to then be able to experience it firsthand through the study abroad option has made all the difference," she said.

Cultivating Movements for the Future

The core of Khan’s research highlights the internal dynamics of a successful social movement and how dialogue between interested parties within the movement should work together to reach their goals. She believes that it is extremely important to reveal the fundamental structures of power from within when resolving a conflict. Khan hopes that her classmates and peers can use her research as a guide for cultivating their own social movements by learning about conflict and extracting information to understand what is inherently behind disagreements.

As for the movement that Khan experienced while in South Africa, she wants the world to know that “it was mostly black, queer women leading the movement, which is largely hidden”—a fact she finds to be inspiring and empowering. She also learned that as an outsider, participating in and documenting a movement is an experience that can only be fully realized when you are present from beginning to end, and beyond.

“I was more aware of my position as someone conducting research. Being cognizant of that is important. Especially in a community that isn’t yours," Khan said. 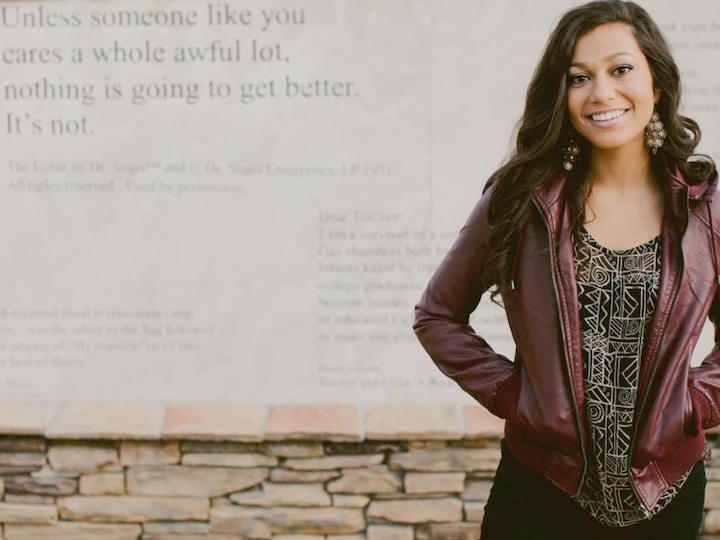 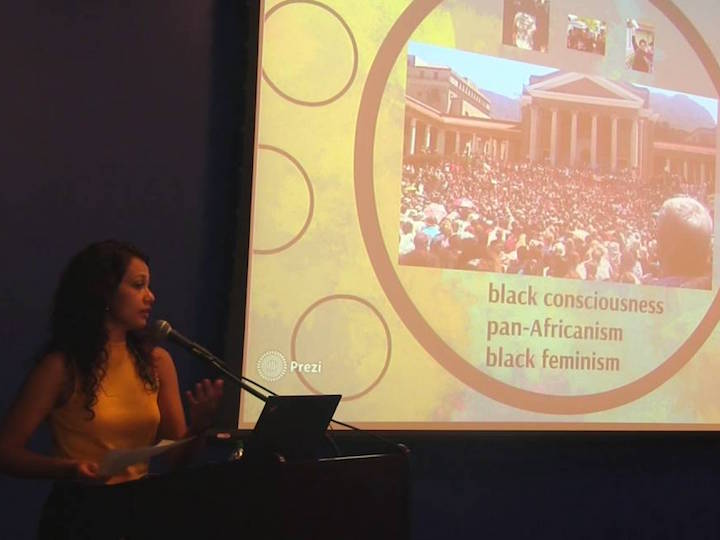 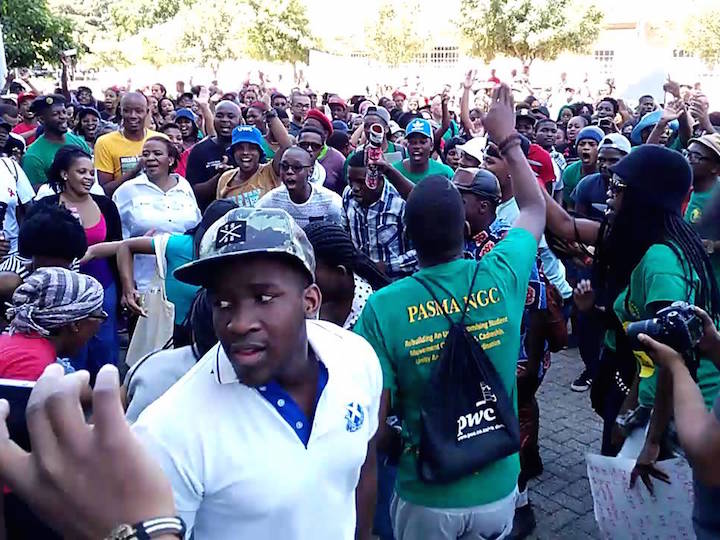