Georgetown University students can spend their summers pursuing internships entirely in the French language in the town of Saint-Omer, France, as part of the John Carroll Summer Internship Program housed in the Department of French and Francophone Studies.

Department of French and Francophone Studies

The John Carroll Summer Internship Program was born out of the historic connection between Saint-Omer’s Jesuit community and Georgetown’s founder, John Carroll, who moved to France in his adolescence to study at the Jesuit College of Saint-Omer. The Department of French and Francophone Studies continues to honor its relationship with Saint-Omer, and, most recently, a delegation of Georgetown students and faculty traveled to Saint-Omer to celebrate the reopening of the Chapel of the Jesuits in October 2017.

Founded in 2015, the internship program serves as an avenue for cultural and professional immersion between the Jesuit partners. From local museums and government offices to multinational corporations, students gain professional experience using the French language for research, marketing, and policy, among other topics. In addition to living with local families, students also engage with French culture at sponsored outings and local events and festivities.

Two students from the internship program’s 2017 cohort, Nikos Biggs-Chiropolos (C‘18), an intern at Saint-Omer’s city planning board, and Martina Benedetti Marshall (C‘20), who interned with the Tourist Office of the Saint-Omer Region, shared their experiences working abroad.

Immersion in Local History and Culture

In his time with Saint-Omer’s urban planning office, Biggs-Chiropolos concentrated on the city’s art and history. Specifically, he worked on a museum exhibition commemorating the centennial of the British Royal Air Force—formerly headquartered in Saint-Omer—and its efforts during World War I. Biggs-Chiropolos’ research on the war and translations of primary documents fostered a greater understanding of Northern France’s history.

“I learned a lot about the Royal Air Force since that was my topic of research, but also about WWI as a whole from reading various documents,” said Biggs-Chiropolos. “I also learned a lot about the history of this region of Northern France, which dates all the way back to Roman times and has been possessed by several different European empires since then.”

Marshall’s summer project was to create a vlog series capturing her visits to Saint-Omer’s touristic attractions, including the town’s main cathedral, La Fête de la Musique (a celebration of national music), and the Sandelin Museum. Marshall’s videos, which she planned, filmed, and edited in French, were shared on the Tourist Office's Facebook and Tourist Office's YouTube accounts.

Marshall highlighted the benefits of working in Saint-Omer in expanding her understanding of French culture. She also noted differences between American and French workplaces.

“I have spent most of my summers in Paris, and it was refreshing to be in a smaller town and learn about northern French culture, including local foods and dialect,” said Marshall. “It was also interesting to see how values are different in the French workplace than in the American workplace: the French value taking breaks and having more time for lunch more than most Americans, and it helped make work less stressful.”

For Biggs-Chiropolos and Marshall, their summers in Saint-Omer cemented their goals to live in France after graduating from Georgetown. In particular, Marshall believes that her professional experience in an entirely French-speaking environment built her understanding of the French lifestyle.

“I plan to move to and live in France, so my internship in Saint-Omer was a very valuable experience,” said Marshall. “It allowed me to immerse myself in the French workplace and better understand everyday French lifestyle.”

Biggs-Chiropolos added that he hopes to turn his professional experience into an academic career in France, especially after gaining confidence in his spoken French.

“Since being in Saint-Omer, I have decided to apply to a master's program at Sciences Po next year in the School of Urbanism,” said Biggs-Chiropolos. “Living in France and improving my French speaking ability over summer made me really want to move to France after graduation.” 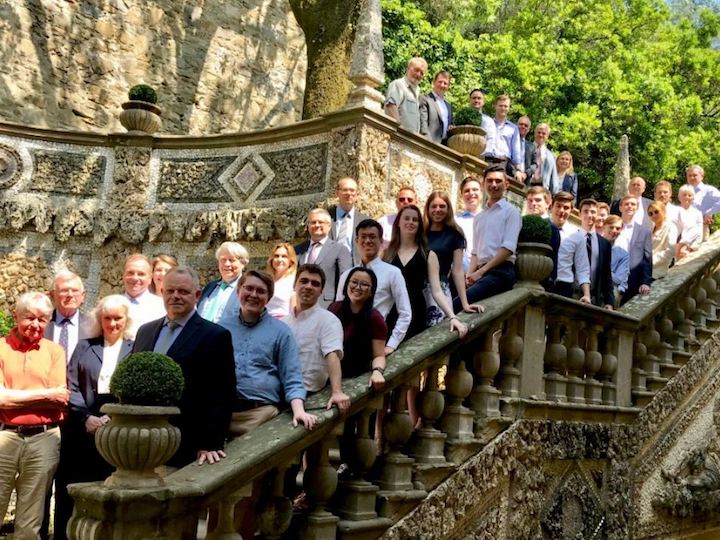