OWN IT Summit 2017: The Future Is Female

OWN IT is a student-run organization rooted in the mission of bringing together current and future female leaders.

Each year, OWN IT hosts the “OWN IT Summit,” an event featuring dozens of prominent female speakers. The summit is designed to facilitate the fight against stigmas around what it means to be a woman in today's world.

The Bridge Toward Progress

The fourth annual “OWN IT Summit” was held on Saturday, March 18, 2017 in Gaston Hall. Organized by a group of entirely undergraduate women, and supported by the Global Engagement Student Fund, the daylong event featured a series of discussions centered on this year’s theme, “The Future is Female.” The summit brought together over 500 attendees, 70 volunteers, and 80 speakers for a day of inspiration, empowerment, and community. The summit featured four main stage panels, the OWN IT Trailblazer Award and keynote address, five performances and presentations, and 50 breakout sessions.

The four main stage panels were hosted in Gaston Hall. The first three were inspired by Susan B. Anthony’s quote which reads, “Educate, agitate, organize must be our war cry.”

Executive director of the Georgetown Institute for Women, Peace and Security Melanne Verveer moderated the “Agitate” panel, which featured Tina Tchen, who served as the chief of staff to First Lady Michelle Obama; Executive Director of Women, Action, and the Media Jamia Wilson; and Congresswoman Stephanie Murphy (D-FL, MSFS’04). The panel aimed to discuss their work in advancing equality and leadership in the workplace and beyond.

The “Educate” and “Organize” panels also featured a number of prominent and influential female figures who discussed the intersections of identity, experience, and politics, and major advocacy issues.

During the Hoya Visionaries Panel, attendees heard from three Georgetown alumnae. The featured speakers included Anastasia Somoza (C’07), Yamiche Alcindor (C’09), and Kiran (Madame) Gandhi (C’11), in conversation with Dr. Marcia Chatelain. The main stage also hosted Eman Mohammed, one of the first female photojournalists in the Gaza Strip, who gave a presentation about her critical work in the Middle East.

This year’s OWN IT Trailblazer Award recipient was Congresswoman Stephanie Murphy. The award honors women who are firsts in their fields. As a Hoya and the first Vietnamese-American woman in Congress, Congresswoman Murphy is a remarkable role model for Georgetown students.

Overall, the attendees enjoyed dozens of panels, workshops, and office hours featuring numerous notable women. The event was a success in furthering the mission of OWN IT: to bring together generations of women who are eager to change the world through art, business, activism, teaching, public service, and more. 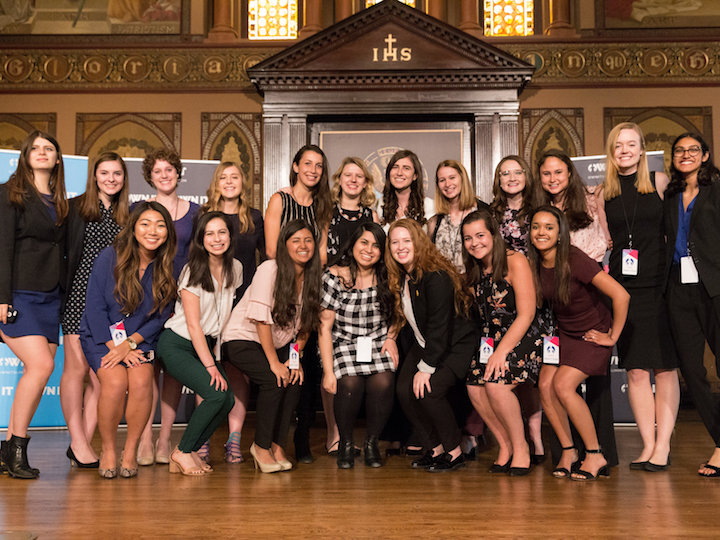 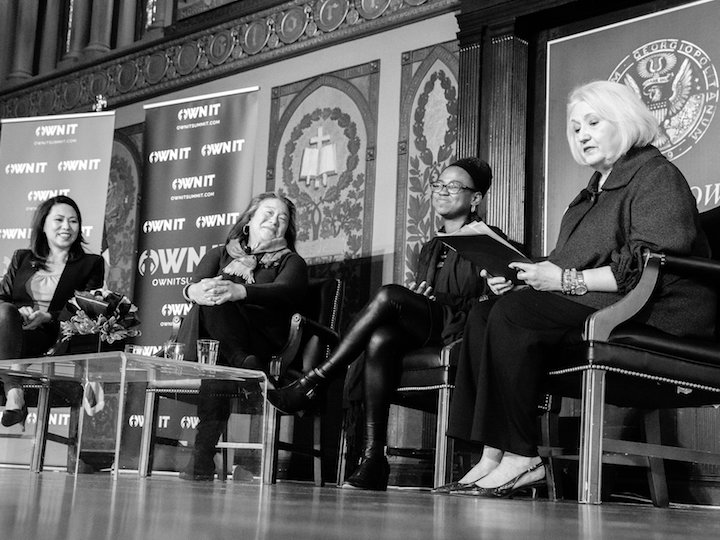 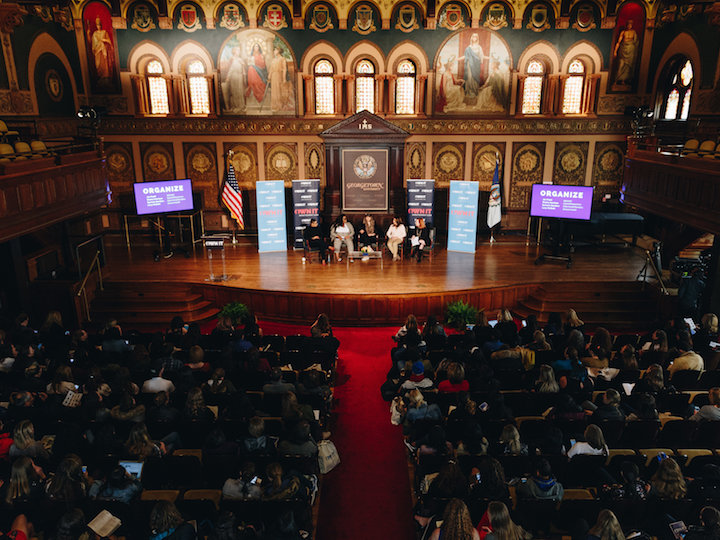